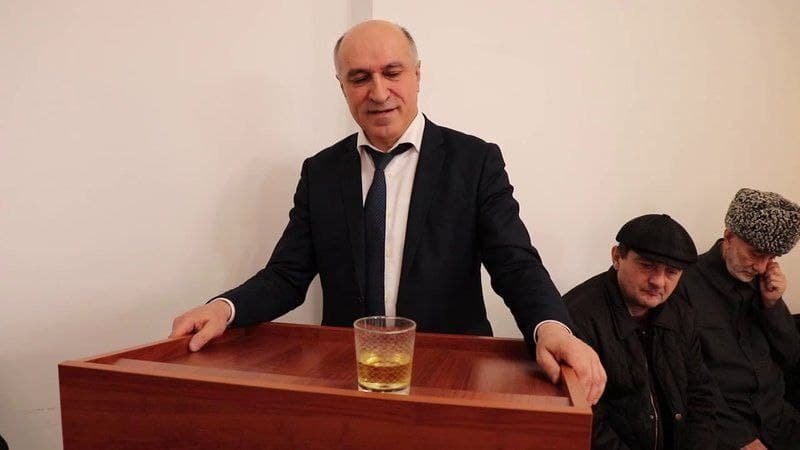 Akhmed Pogorov, one of the leaders of the Ingush protest, is being held in conditions that do not meet legal requirements and are humiliating human dignity, his lawyer Magomed Gagiyev said. He sent a corresponding complaint to the head of PDF No. 1 in Kabardino-Balkaria, R.Y. Kokoev.

“At present Pogorov A.S. is held in cell #127, the conditions of which do not meet the requirements of the law and humiliate human dignity”, – said Gagiev in his complaint, a copy of which is available to “Fortanga”.

In the document the lawyer pointed out that in the cell the door to the toilet was broken, “the floors are rotten, in some places there are open concrete areas, the fumes from which are harmful to health, the toilet bowl does not work, the window frames have no glass, only bars, the walls are damp”. “There is an unpleasant smell in the cell all the time,” Gagiev said.

In addition, according to him, there was no refrigerator in the cell, and the furniture was a table and a rusty iron cupboard apart from the bunks.

“Detention in such conditions is detrimental to health and is in fact torture,” the lawyer said.

The Plenum of the Supreme Court of the Russian Federation in its ruling of 25.12.2018 clarified that placement in places of compulsory detention must be carried out without disturbing the conditions of detention, it pointed out.

“On the basis of the above and in accordance with Article 47, 53 of the Criminal Procedure Code, Article 6.1 of the Federal Law of 31 May 2002 N 63-FZ “On Advocacy and advocacy in the Russian Federation” I ask to eliminate the above violations of the rights of our client Pogorov A.S. and transfer him to another cell that meets the legal requirements,” – said in the complaint of the lawyer.

We should remind that on May 25 the court decided to put Akhmed Pahorov under house arrest, but the very next day he was taken to hospital, where he was taken for interrogation. On May 26, late in the evening, a court sitting was held, at which it was decided to return Pahorou to custody. After his re-arrest, his health condition deteriorated.

Former Ingush Interior Minister Akhmed Pogorov (2002-2003) and one of the leaders of the Ingush protest was detained on 26 February 2021 in his house in Nazran and later taken to Nalchik. Pogorov was a participant in the March 26, 2019 rally in Magas and called activists to order.

Rallies against the Ingushetia-Chechnya border agreement have been held in Magas since autumn 2018. In March 2019, they turned into clashes with security forces and detentions of activists. A total of 46 people were arrested, most of them receiving real sentences on charges of violence against authorities. Seven protest leaders are also in the dock.