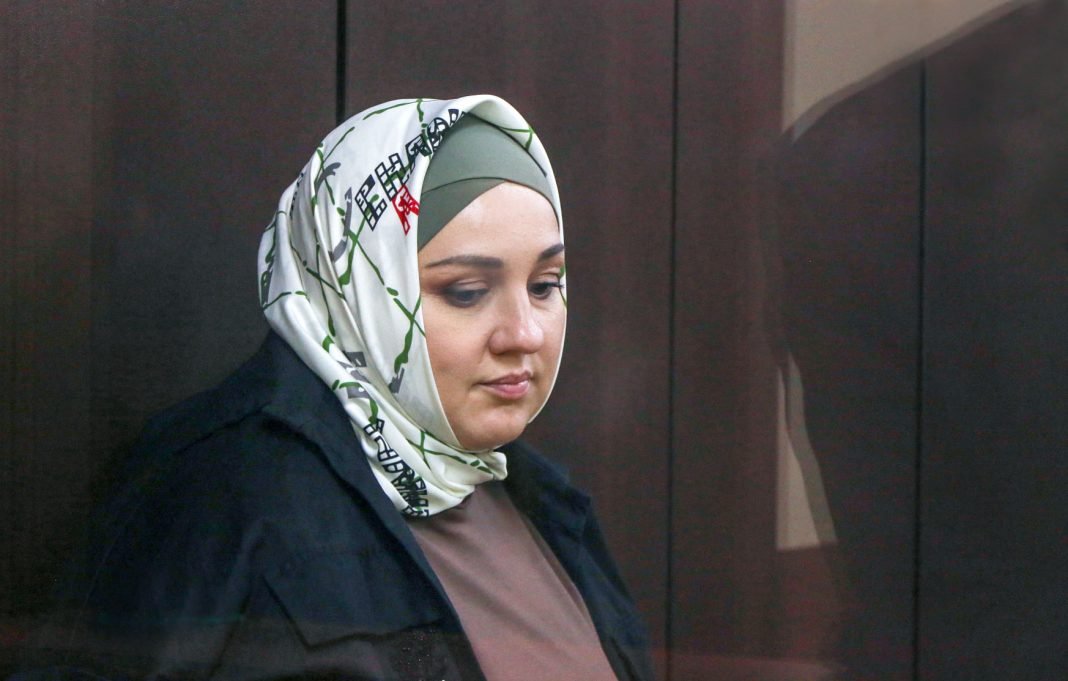 On November 23, 2021, at an off-site session of the Kislovodsk city court in Essentuki, some of the defendants in the Ingush case delivered their final statement.

In her final remarks, Zarifa Sautieva warmly thanked all those who supported her and her comrades in detention. She addressed words of gratitude to all Ingush people, her relatives, representatives of civil society, human rights organizations and independent mass media. Separately, Zarifa expressed gratitude to the international team of lawyers and public defenders who continue to defend the interests of the defendants in this absurd political case.

Zarifa Sautieva told the court that, taking advantage of the presence of representatives of the prosecutor’s office and the Commissioner for Human Rights in the Stavropol region, she promised the women with whom she was in PDF-2 in Pyatigorsk to tell them about the detention conditions. According to her, with a norm of four square meters per person, a cell of twenty-eight meters holds twelve people.

The administration of the pre-trial detention facility responds to complaints in an interesting way. When women complained about the lack of hot water in the cell, the administration raided the cell and took away the only boiling water heater used for laundry and sanitary purposes. “Don’t complain,” was the administration’s response, according to Zarifa.

In two and a half years in the pre-trial detention facility, Zarifa Sautieva has never seen representatives of the PMC. Then she was transferred to a cell where there was a woman with a child, and she saw hordes of cockroaches running all over that child. Even though the baby was already eleven months old, he wasn’t even crawling because the floor was concrete and there was no carpet to let him out on. After Zarifa was visited by Tatyana Moskalkova, the Commissioner for Human Rights in the Stavropol Territory, Nikolai Lisinski, at the request of the Russian Federation Commissioner for Human Rights, they were graciously allowed to equip the cell with the necessary equipment themselves. Two months later, the child was separated from her mother by court order and placed in foster care, she said.

Zarifa Sautieva apologized for not being able to respond to all the letters she received. She did not mention the names of the specific people she wanted to thank for fear of reprisals by the investigating authorities.