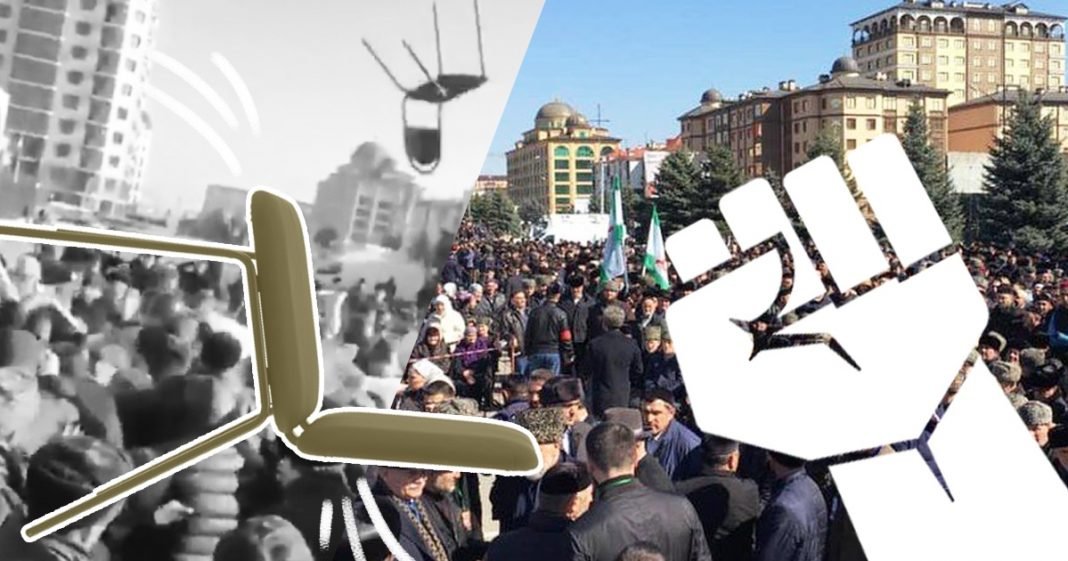 Ismail Uzhakhov, an activist convicted of using violence during mass protests in Magas, has served his sentence in a penal colony.

According to his relatives, he spent four months in the colony and was released on the evening of December 13.

Ismail Uzhakhov, 24, was detained in April. The Zheleznovodsk city court ruled to put him under house arrest on charges of using violence not endangering life or health against representatives of the authorities (Article 318 part 1 of the RF Criminal Code). He spent five months under house arrest.

Uzhakhov pleaded guilty in court and on August 10 he was sentenced to eight months in a maximum security penal colony. The court credited his time under house arrest, so he spent four months in the penal colony.

Hava, Uzhakhov’s sister, told Fortanga that after his detention his family was very worried. “My mom was especially worried. Ismail has a wife, two daughters, everyone was worried, then got used to it a little bit,” she said.

Political prisoners Akhmed Barakhoev, Musa Malsagov, Ismail Nalgiev, Zarifa Sautieva, Malsag Uzhakhov, Bagaudin Khautiev and Barakh Chemurziev are currently in the dock. There is a separate trial for Akhmed Pogorov. All of them are accused of organizing the use of violence against law enforcement officers at a rally in Magas on March 27, 2019. The verdict for the seven defendants is scheduled to be announced on December 15. Earlier, prosecutors asked for sentences of 7.5 to 9 years.