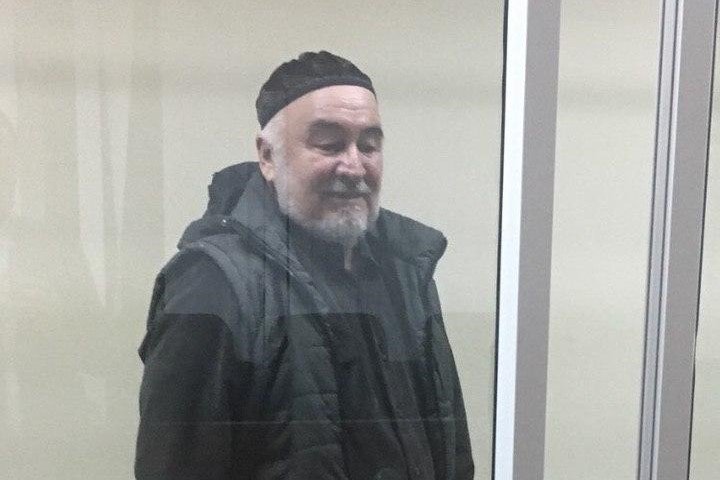 Malsag Uzhakhov, the defendant in the Ingush case, gave his final word at today’s session of the Kislovodsk municipal court.

I would like to begin my last word in court with a slightly adjusted line from Kondrati Ryleev, which he wrote in 1826:

“Prison is for our honor, not for our reproach,

For the cause of right we are in it.

We are not ashamed of these chains,

What we wear here for the Fatherland!”

I think the author of these lines will not be offended that I changed the singular to the plural in the quatrain I read out.

Now let’s move on to Alexander Radishchev, the author of A Journey from St. Petersburg to Moscow, which was written in May 1790. In his work Radishchev writes: “I looked around me – my soul has been wounded by the suffering of mankind. I turned my gaze into my innermost being and saw that man’s misfortunes stem from man, and often only from the fact that he looks indirectly at the objects around him. Already, I said to myself, was nature so stingy with its children that it hid the truth from the prodigal forever? Has this formidable stepmother produced us, so that we feel misery, but never bliss? My mind trembled at this thought, and my heart pushed it far from me.

After reading these lines one involuntarily wonders: what has changed over this quarter of a millennium, or to be more precise, over these 222 years, has the power of the stepmother become our mother?

I would like to note that it is no coincidence that Radishchev took as an epigraph to his work the words of one of the first poets of Russia Vasily Trediakovsky (1703-1769) from the epic poem “Telemachus”.

“The beast is obolo, mischievous, huge, stozevno and barking,” writes Radischev. This phrase implies that the monster in the form of power to the people is rounded (obese), vile (or rude), huge, with a hundred mouths, and barking.

Are not these words still relevant today? I don’t know about “obolo” and “stozevno,” but there is no doubt that this beast is still “huge” and “barking. Neither time nor history has taught us anything.

This concludes my excursion to the literary classics.

As for the criminal case, I won’t say much, since it’s a farce, concocted at the behest of the federal center by an investigation team of over fifty people. They concocted it crooked and slanted, not bothering, I think, out of natural laziness, to find evidence. Why? Who would dare challenge a concoction cooked at Moscow’s behest? The case materials show the complete illiteracy, legal inconsistency and absurdity of the investigators’ conclusions.

The prosecutors from the General Prosecutor’s Office were chosen to match the investigators. They don’t want to hear or listen to anything, aiming for a set result from above. And some of their behavior is that of complete chauvinists, who are alien to everything non-Russian – the faith, the customs, the traditions of the other peoples of the Federation. Their kirzovye faces express nothing, these faces have long lost the ability to blush and whiten. God judge them! We, in turn, pay them back with unconcealed contempt.

We, myself and my comrades, are philosophical about everything that happens. There will be what will be, which in this situation could not not be. But at the same time, by the will of the Most High, there will definitely not be anything that we cannot accept, overcome, and overpower! We are strengthened by our faith in the One Creator and the spirit of our people!

I would like to conclude with two poems dedicated to the trial. The first deals with the process of the forties of the last century, the second with today, our process.

The first poem is called “The Rights of the People,” based on material from a book by our esteemed national writer Issa Kodzoev.

I want to tell you a story, my friends,

To show that the humor in us cannot be killed.

Commandant’s Office. An Ingush is on trial.

For what? He had the carelessness to pass

Villages of the border, where Soviet slaves are prescribed.

Special settler of the most “humane” country

He had no right to go into the neighboring village without permission from the authorities.

Seventy years old. He is a hero of the Civil War.

With all the people deported without an explanation of guilt.

They took him in a cattle car and locked him up,

And my sons have been at the front since the first days of the war.

What are they judging me for? A cow wandered into a strange neighborhood,

The neighborhood ended just beyond the village.

So he went looking for his nurse,

Found it. But, it turned out, to my own misfortune.

He was detained with her on his way home,

A convoy took them to the commandant’s office.

They let the cow go, what’s the cow got to do with it?

He was interrogated with passion.

The beaten man was sent to prison,

Having said that he violated the dreaded article,

There’s a trial in a week. The trial lasted half an hour,

Waiting for the lawbreaker of the camp.

The prosecutor is soulless, he’s asking for ten years.

The Vainakhs are commanded to break their backs.

– “He looks like a beast! And he’s still got his galifs on.

This is not the Caucasus. Don’t you dare wear a hat or a loincloth!

Say hello to the polar bear.

The last word is given, as it should be, by the judge,

There is no way to deprive him at the end of the trial.

(The defendant says) – “Comrades! We are all constitutionally equal.

Judge and prosecutor, my rights are infringed.

Not me, the cow waddled into a foreign neighborhood,

Found her in a field behind another village.

I was coming home with her, what was the point of my fault?

She is not literate. Doesn’t know –

Special settlers with her we are.

The cow was let go, but I was

Today you will be sent off to the camps,

So who has more rights with the cow?

Does she have it? Answer me if I’m wrong.

That he went out to get a cow from the village,

You are only for the fact that the boundary has been crossed.

Where are the rights of the Stalinist Constitution?

I ask you to exonerate me. The cow to the camps!

After all, the Constitution does not say a word about her rights.

All nations are equal under the Constitution.

We are the most “free” citizens in the country.

Keep the Communist out of jail.

Convoy! Escort the citizen to jail.

To the dust of the camp we shall wipe out, we shall manage to relegate

The spirit of recalcitrance we in you without any fuss.

Teach us to love Soviet power until our souls are exhausted.

Your Honor! The Ingush are unlucky with animals at all times. A cow wanders into the wrong place, and they judge an Ingush. Then an animal in human form, insane with money and power, starts redrawing the borders and putting the Ingush back on trial. Ungrateful animals, no mercy with them.

I conclude with a poem about today. Consider this my last word and my comrades, who I think will agree with me.

Today judge not us, but our people.

You want to turn him away from the charter of liberties,

You want to keep the dare from rallying, shut up,

You want to intimidate, that’s your whole point.

Today judge all the Russian people […]

The country has a bunch of hoodlums living in it.

Everything is trampled upon without shame by this rabble.

The country that our labor created.

Today judge not us, but the working people,

Which into slavery is taken without a doubt a chord,

So that it will serve you and your children in the future,

And I dare not lift my eyes from the ground.

Today judge not us, but our people

You want to frighten everyone with the court’s decision, and you want to give them the chills.

A wasted effort. You can’t bring the people to their knees!

Attempts to return serfdom to Russia are futile.

Power rules in Russia, as it has done throughout the ages.

Everything else is just declarations, empty words.

Be calm for us, you are our people.

We will go all the way, we will do our duty.

Our spirit, the spirit of the Ingush, will not be broken by them!

We will not allow our republic to be abolished!

Today judge not us, but our people.

What will be the outcome of the mockery of society?

Your verdict can be a guarantee of rights and freedoms,

Or it could plunge the country into a cult of personality, into the 37th bloody year.

It depends on you what awaits the Fatherland – freedom or oppression.

The One God is the supreme judgement over us all!