Новости Ингушетии Фортанга орг
Home News A witness for the prosecution confessed to a personal grudge against those... 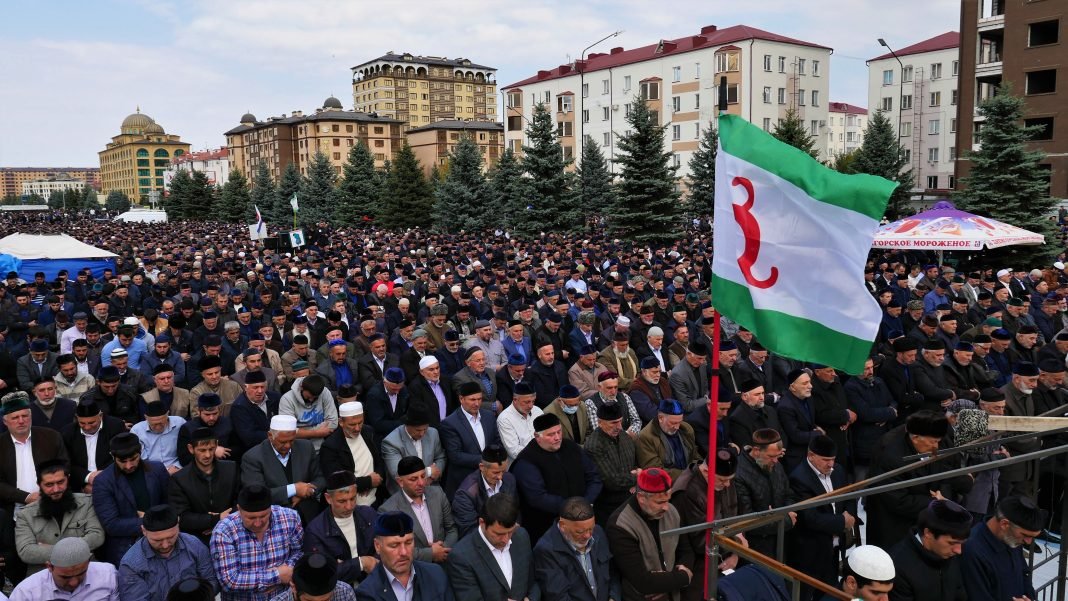 A well-known Ingush politician, who today appeared as a witness in the rally case, admitted that during the investigation he gave negative assessments of the protest leaders simply because he felt a personal dislike towards some of them. At the same time, he said that the estimates were erroneous, lawyer Bilan Dzugaev told Fortanga.

Two witnesses and one victim, a police officer who participated in the dispersal of the March 2019 rally in Magas, were questioned at the trial today in the case of the leaders of the Ingush protest.

Lawyer Bilan Dzugaev, representing the interests of Zarifa Sautieva, said that the classified witness was unable to come to the meeting and spoke via videoconference.

“In brief, his testimony boiled down to the fact that due to his different political views, he disliked some of the so-called protest leaders, in connection with which he gave them negative assessments during the investigation. But now in court he has explained that these assessments were erroneous, and he himself had not witnessed that they had committed any unlawful acts. And, in his opinion, they did not commit such actions,” said Dzugaev.

The lawyer Magomed Abubakarov, who is defending Barakh Chemurziev, noted that this witness “did not testify on the merits of the charge. “Just telling what was going on there(at the rally) and speculating on this or that aspect of the situation,” the lawyer told Fortange.

Another prosecution witness testified in support of the defendants. “The evidence for the charge that was filed was also not presented by the prosecution,” said Magomed Abubakarov.

Lawyers noted that the trial is initially closed in terms of interrogation, the rest of the sessions can be attended by the audience.

Rallies against the Ingushetia-Chechnya border agreement have been held in Magas since autumn 2018. In March 2019, they turned into clashes with security forces and detentions of activists. A total of 46 people were arrested and about 30 people received real sentences on charges of violence against government officials. Seven protest leaders are in the dock, including. They are accused of organizing and calling for violence against representatives of the authorities, as well as creating and participating in an extremist community. On 26 February, Ahmed Pahorov, a person involved in the rally case, was detained.

It should be noted that an exhibition called “The Ingush Cause. Protest of Dignity”. It features portraits and photos of protest leaders, their letters from pre-trial detention facilities, drawings of prisoners’ children, and photos of pickets in support of prisoners of conscience. The exhibition is open to visitors at the Sakharov Center.

The defense appealed against the arrest of Ramazan Dugiev