Новости Ингушетии Фортанга орг
Home News The defense of the leaders of the Ingush protest declared the inconsistency... 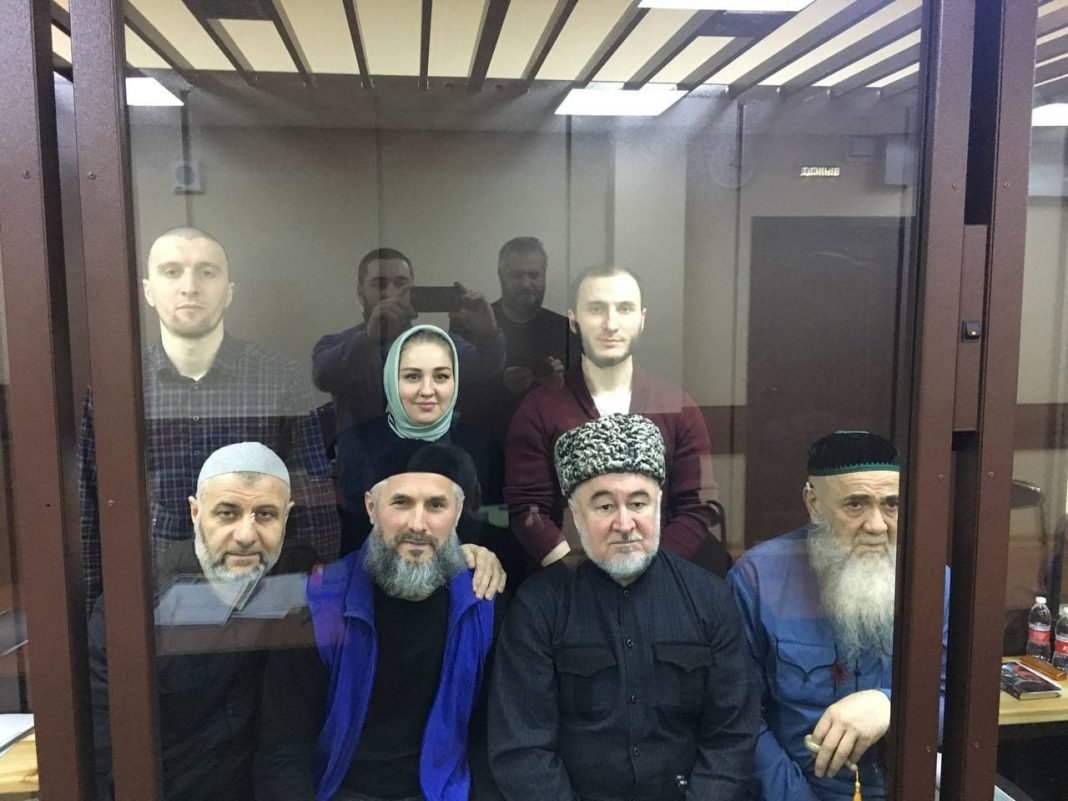 The testimony of one of the police officers, who was recognized as a victim in the rally case, differed from what he said today in the Essentuki City Court, lawyer Bilan Dzugaev told Fortanga.

According to him, today three police officers were interrogated, who were recognized as victims during the rallies on March 26 and 27, 2019 in Magas. The interrogation of these classified witnesses was carried out via videoconferencing, while the defendants’ defense lawyers petitioned for a face-to-face format. “These were visiting policemen who were injured during the rally,” said lawyer Bilan Dzugayev, representing the interests of Zarifa Sautiyeva.

He explained that when classified witnesses or victims are involved, only a judge can certify their identity. “When the interrogation procedure takes place via video conferencing, the judge contacts the judge at the end where the victims are, asks to verify the passport data, and must make sure there are no people there who suggest the answers to this victim or witness. We filed a petition for this witness to be seated with his back or in a mask, so that we could see that no one prompts him, but we were refused, “Dzugaev said, noting that” the whole interrogation procedure is based on trust. ”

According to the lawyer, today the victims told how they tried to disperse the rally, and how the protesters were inclined. “We asked the victims if people had committed any illegal actions before you started to disperse them. They said no. Although some felt that the crowd’s mood itself was aggressive, ”Bilan Dzugaev said.

At the same time, as the lawyer noted, the testimony of one of the victims contradicted those that he gave during the investigation. “This victim said during the investigation that they were shouting in Ingush in the crowd, and he did not understand what they were shouting, but today he suddenly began to understand. Of course, the defenders pointed out these contradictions to the court, ”Dzugaev noted.

Answering the question whether the victims saw that one of the defendants “organized the crowd for violent actions”, they answered in the negative. After the interrogation of the victims, the prosecution proceeded to read out the 103 and 104 volumes of the case materials. “As always, we had arguments with the prosecution that these materials did not prove anything: many of the evidence was empty, had nothing to do with the case. But it is their right to disclose what they consider to be evidence, and the court must decide whether this is evidence or not. Today we have heard volumes 103 and 104 of the case. Tomorrow they will continue to hear prosecution witnesses, ”Dzugaev summed up.

Rallies against the border agreement between Ingushetia and Chechnya have been held in Magas since the fall of 2018. In March 2019, they turned into clashes with security officials and detentions of activists. In total, 46 people were arrested, about 30 received real sentences on charges of violence against government officials. In the dock, including seven protest leaders. They are accused of organizing and calling for violence against government officials, as well as creating and participating in an extremist community. On February 26, detained person involved in the rally case Akhmed Pogorov …

Note that Moscow hosts exhibition “Ingush business. Dignity protest “. It displays portraits and photographs of the leaders of the protest, their letters from the pre-trial detention center, drawings of prisoners’ children, photographs of pickets in support of prisoners of conscience. The exhibition is open to visitors at the Sakharov Center.