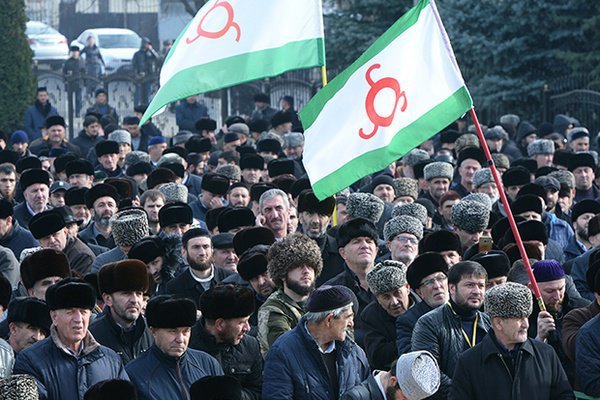 On March 18, two people were detained in Ingushetia: Murad Gorbakov and Amir Gazdiyev. The first has already been arrested for two months by court order. The second was seriously injured during the arrest and is in the hospital under increased control of security forces. Both are known to be on trial for the rally.

Gorbakov is charged with Part 2 of Art. 318 of the Criminal Code (use of violence dangerous to life or health or threatening to use violence against a representative of authority…). In general, a classic of the genre – other defendants in the case of the rallies in Magas in 2019 also initially passed under it.

Murad Gorbakov was detained in the early morning of March 18 in his house in Nazran. The law enforcers searched the house, allowed him to put on warm clothes and took him to Nalchik. His brother Adam Garbakov told Photang about it. Nothing much is known about the circumstances of Amir Gazdiyev’s detention. As of today, there is only information that he tried to run and, after falling on a rebar, damaged his kidney, spleen and femur.

Lawyer Magomed Bekov told Fortanga on March 18 that according to his information, the law enforcers wanted to take Gazdiyev out of the hospital, but the doctors insisted on keeping him in treatment. Today the victim got worse – his blood pressure dropped and his temperature rose. At the same time, he is under heavy guard. He has also been assigned a lawyer.