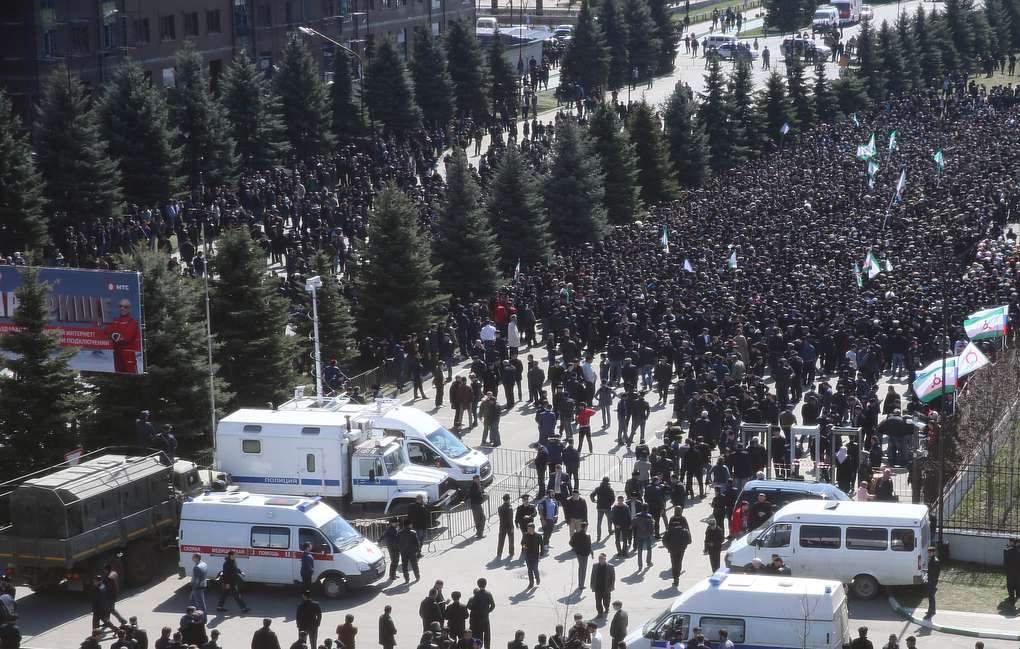 Law enforcers have been carrying out searches in the house of the Galaevs in Sunzha since 6 a.m. on April 6. Tagir Galayev, a local resident, was arrested last fall in the case of the 2019 protests against changing the border between Ingushetia and Chechnya.

Access to a private home is blocked by a military Ural, Gazelle and UAZ Patriot vehicles,” the agency specified, citing an informed source. He suggested that the searches could be linked to the criminal investigation into the use of violence against law enforcement officers during protests two years ago.

Tagir Galaev had previously been charged with violence against a representative of authority. He became the 42nd defendant in the case of beating of law enforcers at protest rallies in the republic’s capital Magas. Galaev himself denied the accusation, noting that he simply went to see what was going on in the square.

Rallies against the agreement on new borders with Chechnya were held in Magas in 2018. In March 2019, protesters demanded the resignation of Ingushetia’s head Yunus-Beck Evkurov and the return of direct elections, but the rally was suppressed by security forces.
The case of the Ingush protest leaders is being considered by the Kislovodsk city court. In the dock are Akhmed Barakhoyev, Malsag Uzhakhov, Musa Malsagov, Ismail Nalgiyev, Barakh Chemurziyev, Bagaudin Khautiyev and Zarifa Sautieva. In March 2021, five of them went on hunger strike, but they ended it at the request of the muftiat and the Teip Council of Ingushetia.

The arrest of Akhmed Pogorov extended for two more months