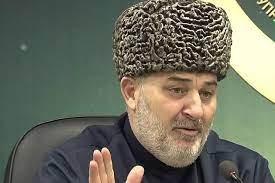 The Mufti of Ingushetia, Isa Khamkhoyev, was fined for the third time this year for “illegal missionary activity. Law enforcement officials say he preached at a mosque in Sunzhensk in February of this year. For this, he was fined five thousand rubles, reports “Caucasian Knot”.

The judge appealed to the federal law “On Freedom of Conscience and Religious Associations”, according to which missionary activity can be carried out by the head of a registered religious organization, a member of its collegiate body or its clergy. If it is a different person, it requires a document issued by such an organization.

At the same time, lawyer Magomed-Basir Ozdoyev, representing the interests of Isa Khamkhoyev, pointed out that missionary activity is the conversion of unbelievers or members of other faiths, whereas Mufti was addressing his own co-religionists who had gathered for prayer.

“Of course, we will appeal against this ruling, as neither the police nor the judge had any legal grounds to prosecute Khamkhoyev under this article,” Ozdoyev stressed.

“Obviously, the reason for the liquidation of the Muftiate, and then the initiation of all these administrative cases against Khamkhoyev, was his position. The Mufti was in stiff opposition to Yunus-Bek Yevkurov when he was the head of the region, supported the protest actions in Ingushetia in 2018 and 2019, and now publicly supports the protest leaders who are in the dock. The authorities want to deprive Isa Khamkhoyev of the opportunity to speak on behalf of the republic’s Muslims and to engage in any public activity at all,” Akiyev said in a publication on the organization’s website today.

In April, the Magas district court fined the head of the Spiritual Center of Muslims of Ingushetia, Isu Khamkhoyev, ten thousand rubles for violating the established procedure for organizing and holding meetings. The aim of the meeting was to elect a new Mufti (Khamhoev became the new Mufti).
Earlier, it was reported that the Magas district court fined Isa Khamhoev after a meeting of the Alim council, whose participants asked the federal authorities to release the leaders of the 2019 protests against changes in the regional referendum law.