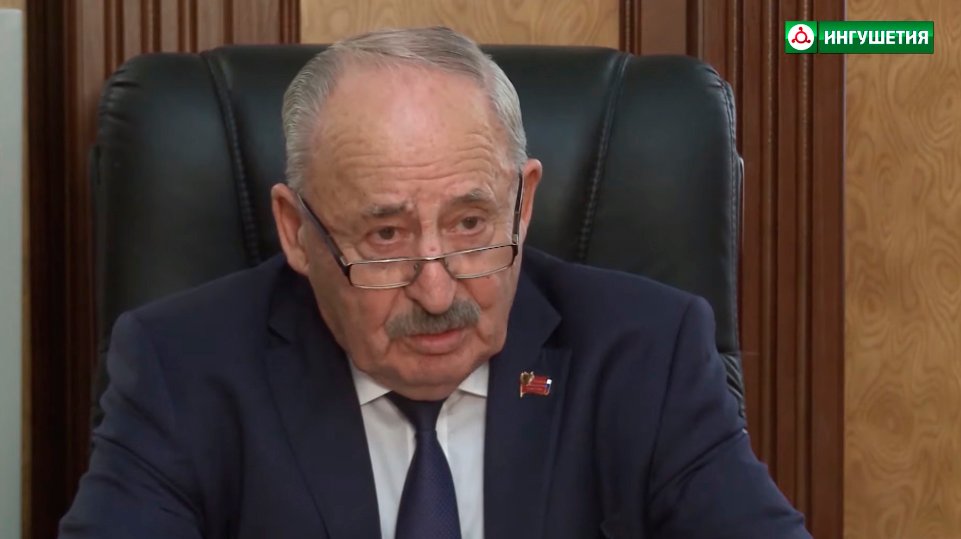 An interview with Issa Kostoev, adviser to the head of Ingushetia, in which he outlined his position regarding political prisoners and commented on the signing of an agreement to establish the territorial boundaries of the region in 2018, has appeared online.

Let me first take a brief look at Kostoyev’s assessment of Ingushetia’s territorial problem. Advisor to the head of the region, noted that he “fought” for borders in the Federation Council, for which, in fact, he paid for his position. However, at a meeting with journalists at the height of terrorism and abductions in the mid-twenties he declared that “all is well in Ingushetia, the situation is like in any other region of Russia. At that time Kostoyev demonstrated a firm stance in defending the interests of the existing authorities by keeping quiet about the unrest in the region.

In an interview, Kostoyev said that when he talked about the territory of Ingushetia that had been expropriated, “an insignificant part of it” had been transferred to Chechnya. I would like to remind Issa Magomedovich that at least 10% of the territory of the smallest republic in Russia with population density comparable to cities with a population of one million is in question. If you compare this to the human body, for example, 10% is the length of the arm in relation to the height of the person. It is unlikely that Issa Magomedovich, having lost his arm, would say that he had lost an “insignificant” part of his body.

Now to the subject of political prisoners. In my opinion this is the reason for the interview, and the reason why Isa Kostoyev, a candidate for deputy, was so keen. This is the second time the topic has been mentioned publicly in the nearly three years since Kalimatov was appointed, but at the same time, Kostoev notes that he is constantly being asked this question.

“There isn’t a single person in the republic who hasn’t asked a question about this situation,” he says at the beginning of the interview. Explanations that the judicial authorities will sort it out and put a stop to all these things do not convince them much. They feel that injustice has been done to them. And generally speaking, there’s tension in the republic because of the very essence of this issue, because of the ground on which it all happened. I believe that in order to resolve all these issues, it takes time and, of course, the efforts of all branches of power.

Issa Kostoyev, adviser to the head of the Republic of Ingushetia, topped the list of the United Russia party’s candidates to the seventh People’s Assembly of Ingushetia. Kostoyev’s sudden interview where he tries to defend the political prisoners is, in my view, a campaign in an attempt to earn extra votes, given the urgency of the problem in the region.

Kalimatov’s first interview with advisor Issa Kostoev in November 2019, set a precedent
the Ingush authorities’ silence on the situation around the repression of civil society in Ingushetia. This is where I took it apart in detail. Then Issa Kostoyev made it clear that some of the leaders of the protest movement are not fully aware of the possible consequences of “rocking the situation”, alluding to the lessons of 1992. He then expressed bewilderment that the protest leaders remained in the square overnight.

Today, before the election race, Kostoyev’s speech is considerably different from that of two years ago. This time, he rightly expresses his belief that the use of violence against the authorities should be punished, but, oh, miracle! is no longer convinced of the adequacy of accusing protest leaders of creating and participating in an extremist community.

“As far as I know, the Council of the Teips is formed from representatives delegated there by the Teips. The question arises: what is the creation of an extremist community? Literally, it is an organised group of people for the preparation and commission of extremist crimes. But they themselves were also delegated there by particular surnames, Uzhakhov, Barakhoyev and others (…) A question arises: if they are all representatives of particular surnames, then why did each surname delegate its representative there to commit or prepare extremist crimes? This doesn’t make any sense, and I personally find this accusation rather dubious,” says Kostoyev.

It is interesting that in order to realize that this absurd accusation against the leaders of the protest does not go to his head, it took Isse Kostoyev, adviser to the head of Ingushetia and lawyer emeritus of Russia, two and a half years to run for a parliamentary seat. It is noteworthy that in his rhetoric Kostoev never once referred to the Ingush protest leaders, who were illegally imprisoned, as political prisoners.

“What happened is what happened. That is, injuries of varying degrees of severity were sustained by law enforcement officers. In principle, I believe that any attack on the life and health of the authorities and law enforcement officers, including insulting their dignity, honour and so on, these things should certainly be punished in accordance with existing legislation and in this part what happened could not but have consequences of prosecution of those individuals who allowed this to happen. I can’t at all, as a serious lawyer,” said Kostoev.

Both Issa Kostoev and Makhmud-Ali Kalimatov, when speaking of the persecution of activists, emphasize that there is law, a court and an investigation and they view the issue exclusively from the perspective of these three whales. But in that case, if the head and his adviser have been following the case even a little bit, they cannot fail to know that the leaders of the movement have been calling for compliance with the law since the start of the protests and the morning of March 27 was no exception. Much more questions are raised by the actions of the seconded law enforcers and their leadership, who actually provoked the unrest in the square that morning.

If we go back to the law and its definition of a rally, then what was happening in the square that morning can be called anything, but not a rally. Because there is a legal basis for the concept of “rally,” it is clearly spelled out in the federal law: besides the simultaneous presence of people in a particular place, there is the promotion of slogans, demands and so on. All this was stopped on the square in front of NTRC after 6 p.m. At night people in the square were sleeping and talking quietly, and at the very moment when the storm was announced, they were gathering to perform namaz.

Even more questionable is the article about the organization of violence against government officials, which all of the nine people arrested in the Ingush case, including Zarifa Sautieva, are accused of using. How is it possible to organize violence against government representatives if the leaders of the movement did not even know that they would be stormed by the security forces? What kind of psychic ability one needs to have in order to foresee that in the morning the law enforcers will start dispersing people and to organize themselves in advance. The arrested, of course, are talented people, but they do not have such a gift.

Much can be said about this situation and much has already been said, but no matter how much “halvah” you say, it does not get sweeter in your mouth. And the most unpleasant thing in this story is that people who used to be respected, experienced lawyers, are publicly twisting their hearts and using the names of people subjected to repression to earn political points. As Frank Underwood of House of Cards said, “The road to power is paved with hypocrisy and sacrifice.” .

I am sure that the topic of political prisoners would not have been raised by Kostoev if not for the speech of Ruslan Mutsolgov, a candidate for the State Duma, at the debate. In each of his television appearances the theme of repression in Ingushetia runs through all of his speeches. It is understandable, Ruslan is a man of the people and he knows firsthand about the events of 2018-2019.

We saw what wonderful metamorphosis had occurred to the adviser to the head of Ingushetia in just two years, and how the elections had “changed” his views and outlook on the political situation. And it is very sad that in our country politicians, in order to win the loyalty of the electorate, do not even need to make pre-election promises, just mention their mistakes without naming them.

And of course, we all understand that as soon as the elections are over, both the head of Ingushetia, Kalimatov, and his adviser Kostoyev will again forget about the repression of Ingush civil society and political prisoners.

Magomed Khazbiyev: how and for whom to vote?