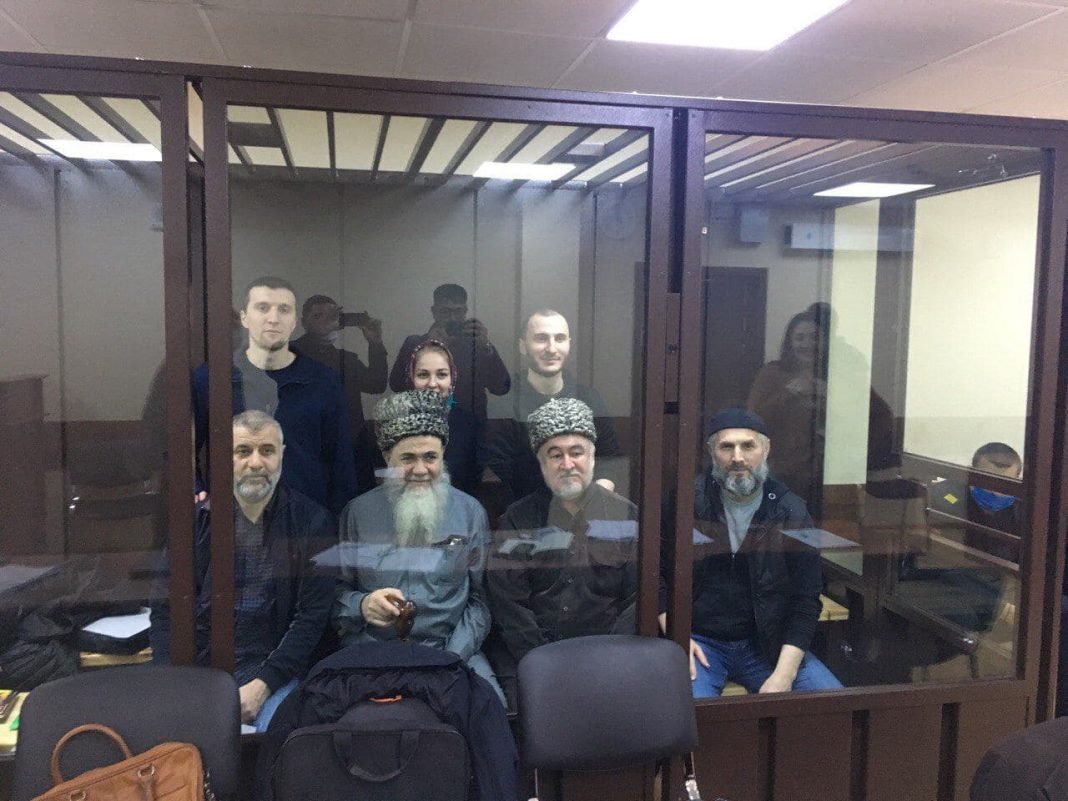 Bagautdin Khautiyev, Akhmed Barakhoyev, Ismail Nalgiyev, Musa Malsagov and Zarifa Sautiyeva said in their final statement that all the accusations against the Ingush activists are false, there is no real evidence of their guilt, and the case itself is a fabrication and provocation against the Ingush people.

On November 23, five of the defendants had their last word in Yessentuki. Lawyer Jabrail Kuriyev told Fortanga about it.

“Each of the speakers in his last statement once again said that he did not commit any crime, was not involved in the organization of an extremist community, organizing violence or other unlawful acts. None of the defendants asked for anything, leaving the decision to the discretion of the court,” he said.

In court, the case of Ingush protest leaders fell apart “like a sand castle,” Musa Malsagov said in his final statement. “Our lawyers left no stone unturned (on the charge). I’m not a lawyer, but even if you’re not a lawyer you can understand that this is not a criminal case. It’s a piece of junk that the prosecutor’s office had to defend,” Malsagov told Caucasian Knot.

He recalled that the materials of the case contain testimonies of a number of high-ranking witnesses who said that “the authorities made a strategic mistake (by signing the border agreement)”. In a similar way – that the authorities made a mistake by not working through this issue with the public – the then presidential envoy Alexander Matovnikov spoke to the media in the early days of the rally in October 2018, the defendant noted. “Then a fair question arises – why are not the officials in the dock who embezzled the budget and made a strategic mistake, allowed what happened in the republic… but we, who fought for the truth, for justice and demanded only our rights and the Constitution of the Russian Federation?” – Malsagov was indignant.

He noted that the activists do not deserve to be convicted, and called on the Ingush people to ensure that their rights are respected. “Do not despair. We won. The truth is on our side. And especially [I am appealing to] young people – get your rights respected. These vultures today, taking advantage of power, are violating everything possible and pecking at the sick body of our Ingushetia, our homeland. Inshallah, they won’t succeed,” he said.

All accusations against the Ingush activists are false, and the case is politically motivated, Akhmed Barakhoyev stressed in his final statement. He called the trial “custom-made, political.” “And so, they announced the sentence, nine years. And I’m in my seventies. They said that two years after that nine years is a special position. Well, it’s nice to be in a special position,” Barakhoyev sneered.

“But that’s not enough. For nine more years I have no right to speak in public places, to speak. There is nothing left in my life. What I have left is today’s last word,” the elder said.

The case is “politically motivated,” it’s custom-made. The fact that prosecutors break the law is not even their fault, because it’s not about them, it’s about the system and the fact that the law is broken at the top, he said.

Law enforcers hinted at torture after her detention in order to obtain the necessary evidence, Zarifa Sautieva said in her last statement. She stressed that she had done nothing illegal. “The red thread in their speeches was disrespect for the court. They said: “Don’t count on a trial, nobody will acquit you… “No one will acquit you, the judges are on the hook, they’ll always do what they’re told”. I did not believe it, it seemed absurd to me. Why should I be judged? I was sure of that then and I am sure now that I have not done anything illegal”, Sautieva said.

In the case of the Ingush activists there is no real evidence of their guilt, said Ismail Nalgiev in his final statement.

He spoke a lot about the peoples of the Caucasus, that each people is trying to glorify their glorious past and to emphasize their ancient roots. “Why is this issue not raised in developed countries? People there live economically well, there is not a huge level of unemployment, the rights are respected. People there are interested in other things, people create, build something. And here we are stuck in ancient times, when we argue whose hieroglyphics are better, who descended from whom,” said the defendant.

At the same time, Nalgiev stressed, people turn a blind eye to the real problems – the fact that in many houses there is elementary lack of sewage and gas. “That is, issues that can be solved quietly, in a legal way, are not solved, and there is no constructive dialogue now,” he stated.

The case of the extremist community is a fabrication and provocation against the Ingush people, Bagaudin Hautiyev pointed out in his last statement. According to him, all the guilt of the defendants is that they simply went out to protect their rights and interests.

During the course of the trial, almost a year, the prosecutor’s office itself should have realized that the case was an “open and brazen forgery,” but despite the fact that the tasks of the prosecutor’s office include exposing forgery and other violations by the investigation, nothing has changed, he said. According to Hautiev, he was repeatedly offered to plead guilty, at least partially. “But we will never accept what we didn’t do, because honest, decent people shouldn’t take the blame for something they didn’t do,” he concluded.

The meeting lasted seven hours, with a lunch break. The last word of the defendants Barakh Chemurziev and Malsag Uzhakhov will be heard on December 6. The Court will then retire to the deliberation room for the delivery of the judgement.

Witnesses for the defence: “Every person who came out in the square was a leader”