Новости Ингушетии Фортанга орг
Home News New footage from the scene of a scuffle in Vladikavkaz has appeared... 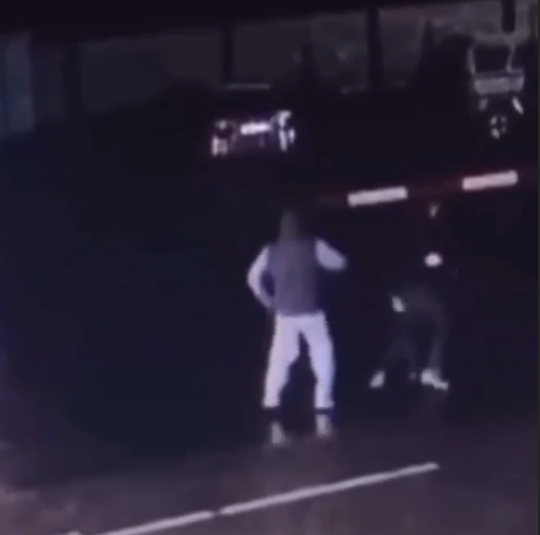 Surveillance cameras recorded at Vladikavkaz Kartsinskoye highway petrol station from a new angle were released online. The footage clearly shows three men beating Akhmed Kotiyev. One gets the butt of the gun. A man, who happened to be on the scene, comes to the aid of the victim.

Noticing firearms in the hands of two men, Kotiyev sharply snatches a shotgun, which turned out to be unloaded. The second opens fire on Kotiyev and fires his gun twice. Despite his wounds, the young man runs up to the shooter and hits him with his shotgun.

At that moment a second man attacked the Ingush man from behind, and Kotiyev, who had come to his aid, stepped on him and knocked him down. The fallen man gets up, pushes away the gunman who shot him, and walks towards the beaten up Akhmed Kotiyev. After getting up, the injured Kotiev tries to hit the window of the vehicle leaving the scene with his buttstock.

A fight at a gas station

Earlier it was reported that a 10-minute video-recording published in the network from a video-surveillance camera at the petrol station of Kartsinskoye highway of Vladikavkaz, presents an incomplete picture of what happened. According to the victim Akhmed Kotiyev, the beginning of the video was cut off, which gives a wrong picture of what happened.

On 10 November an exchange of fire took place between Ossetians and Ingush in Vladikavkaz. Two Ingush were taken to hospital, and there were also Ossetian casualties.

A day earlier, Fortanga, citing the North Ossetian Interior Ministry, reported that police had detained the four instigators of the conflict. They turned out to be local residents between the ages of 21 and 30. The seized traumatic weapons were sent for examination, the agency added. The criminal case is being investigated under Part 2 of Article 213 of the Criminal Code “Hooliganism”.

A friend of a resident of Prigorodny district, Akhmed Kotiyev, who was injured during the shooting, said that people in the hospital in Beslan took an interest in his nationality and treated him rudely, while the law enforcers did not respond to provocations by local residents.

A participant in the Vladikavkaz shooting said that the incomplete video from the site of...