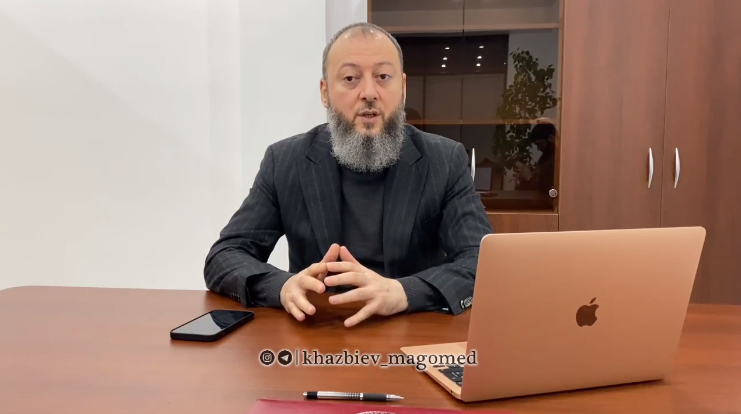 Magomed Khazbiyev, co-chairman of the Ingush regional branch of the Civic Initiative party, commented on the verdict in the rally case and the domestic political situation in the republic.

“For a long time I could not tune myself into this conversation, it was so difficult for me to accept the sentence imposed on political prisoners in Ingushetia. […] Lawyers won’t solve anything in this case, I myself, just like them, was imprisoned, I was “dragged” through courts for a year and a half. I was convicted without grounds, I served time on a trumped-up case. Then I warned that a greater evil would follow if the arbitrariness was not stopped. It’s been going on for years. People’s right to choose, their right to vote, their right to live, this chariot has been spinning for 20 years,” he said.

At first, every Ingush man said he was ready to go to prison instead of convicted Zarifa Sautieva. The topic was discussed on the Internet for two or three days, and now everyone is silent. So far it’s just talk, we’ll see what happens later, Khazbiyev said. According to him, it is necessary to make a common effort to release the leaders of the Ingush protest.

“For my part, I tried to help with the help of the media, I announced the “walk”, organized an action “Freedom to Zarifa Sautieva” in the election. Every time we held an action, the relatives of the convicts opposed it, fearing the politicization of an already politicized case. Lawyers won’t help anything, only society, the people, if the people call for justice, involve the media, put the whole world on their ears, then they will be able to get them out,” he believes.

Khazbiyev recalled the republic’s lack of consolidation and public censure for the supporters of alienation of Ingush lands. “From one village, people cannot kick out an imam who supported the policy of the former leadership. We can’t put our own village in order. People’s lands, state property is in private hands,” said the co-chairman of the Ingush regional branch of the Civic Initiative party.

He noted that the office of the “Civic Initiative” party receives complaints from residents about salary arrears to state employees, the sale of the republic’s state property into private hands, and the abuse of authority by current and former officials in Ingushetia. Khazbiyev said that the residents are concerned about the bus station in Sunzha that has fallen into private hands and are concerned about the fate of the Malgobek market.

“The elections are over, those who wanted, were pushed through […] Deputies on other people’s merits earn bonuses. […] People do not know where to turn, they turn to bloggers, journalists. We step on the same rake, every five years we let people into parliament who do not care about us,” he concluded.