Новости Ингушетии Фортанга орг
Home Articles The Story of a Hero Who Saved Chechens: 27 Years since the... 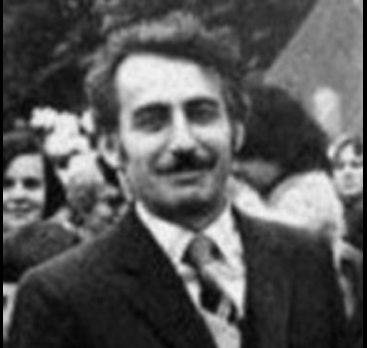 Tamerlan Kureishovich Gorchkhanov, Merited Physician of the ChIASSR, was one of the first health and social protection ministers of Ingushetia. In this position he managed to work for just over three months: December 1, 1994 he became the first casualty of the Chechen war, blocking the path of Russian troops advancing into Chechnya, across the federal highway of Ingushetia.

Gorchkhanov heroically confronted the troops. In an attempt to save the Chechen people, Ingushetia’s former minister of health and social protection burnt his car on the road, urging the Russian soldiers not to become pawns in a larger game. He tried to persuade the senior military officers to turn the column back, but he failed.

The military beat and threw the man to the side of the road. Out of despair of the situation Tamerlan Kureyshovich had a massive myocardial infarction. He didn’t make it to the hospital in time. The life of a prominent representative of Ingushetia ended on the way to saving the Chechen people. He was 62 years old.

Takhuz Zaindievich Akhmadov, Doctor of Medicine, Professor of the Chechen State University Medical Institute, wrote the following in his monograph: “The Oath of the First Vainakh Doctors”:

“The beginning of an anti-terrorist operation on the territory of Chechnya was announced. On December 1, 1994, Tamerlan Kureishovich, a well-known Chechen-Ingush trauma surgeon and Minister of the Government of Ingushetia, tried to stop a military column heading for Chechnya on a federal highway, urging them to show reason and humanity and not to fight against civilians. As a result of the conflict, 62-year-old Gorchkhanov suffered a myocardial infarction and died suddenly, before being taken to hospital. He became one of the first innocent victims of that brutal first Chechen war.

In the village. The Makhkety of the Vedeno district of Chechnya built a tower in honour of Gorchkhanov 22 metres high and 7 metres wide. On one of the floors there is a museum exposition with materials about him.

The construction of the tower-museum was initiated by Said-Khamzat Nunuyev, a writer and a candidate of historical sciences.

Tamerlan Kureyshovich was a special immigrant, at the age of 7 he was sent together with all his people in a 13-year exile to Kazakhstan. There he lost many of his close relatives.

In 1992 his elder son Magomed, born in 1964, disappeared. After serving in the Soviet army, he entered the North Ossetian Medical Institute and was a fourth-year student at the time of the Ossetian-Ingush conflict. Magomed was taken hostage near the Medical Institute’s dormitory on October 31, 1992, along with a fellow student and friend, Mustafa Tsoloyev. Since then his relatives have had no news of his fate.

We will remind, on August 20, 1994 Tamerlan Gorchkhanov was appointed to the post of Minister of Health and Social Protection of Ingushetia by the decree of President of Ingushetia Ruslan Aushev. He had to build the medical supply of the population practically on nothing. With the general crisis of the country’s economy there was a shortage of medical facilities, many of them were in adapted premises.