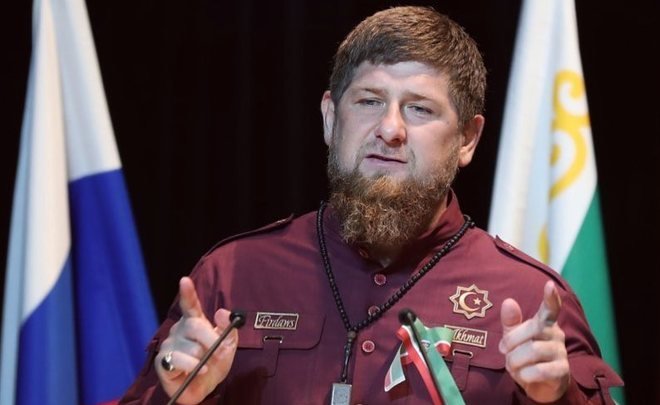 Chechen leader Ramzan Kadyrov, during a “live broadcast” on Instagram, spoke about a phone call to the son of political prisoner Akhmed Barakhoyev in Ingushetia, Ilez. Kadyrov said that the young man surprised him with his wisdom and intelligent thoughts that made him think.

“We had a long talk with him, we understood each other. For his part he apologized, and for my part I apologized to them. He said that we shouldn’t express ourselves so sharply about the Ingush people. Because the people have the wrong perception. He’s saying all the right things,” he said.

Kadyrov explained to Barakhoyev the reasons for his emotional speech at a field meeting in the Galanchozhsky district, which angered the Ingush public. According to him, the Chechen side started the construction work on the riverbed of the Fortanga with the written permission of the Ingush municipality.

“We officially wrote a letter to the municipality asking if we could turn the riverbed, and we were told that we could. We acted according to all the rules of the law, but some people took to the streets. Such things, as a rule, are decided by the gathered elders, they give a verdict. Then the young people get involved afterwards. Never did the young people get ahead of the elders. The youth came out saying: “Our territory is being encroached upon, we need to fight!” My speech, then, was to the people making the appearance. […] That’s not the way to solve these things. I said then and now, don’t sow enmity between us,” Kadyrov urged.

The head of the Chechen Republic said that if people in Ingushetia were stopped from “talking”, the Chechen side would not allow the Ingush people to be attacked. Kadyrov urged not to write comments or publish posts sowing discord between the peoples, noting that any issue or conflict would be resolved according to Adat.

“Who needs to be asked, we’ll ask in an address-by-address manner. I have a request to the Ingush and Chechens to stop writing cheap comments. Our neighbors are talking about us, discussing us, judging us. They answer for us, they decide for us. Thanks to the Ingush people! I also said earlier that deep down I know that you love me […] Incomprehensible people who, because of their lack of intelligence, sit and write: “Ramzan, the enemy of the Ingush people. If I am the enemy, why am I the enemy? What flaw on my part? Outline the charge and the punishment,” he said.

According to him, over the past three days, no one from Ingushetia has approached representatives of his clan or the Mufti of Chechnya with a claim of blood vengeance.

“Today at 5:30 p.m. three days have passed, no one has declared a blood feud, no one has turned to the elders of my family, to the Mufti of Chechnya and I thank the Almighty for that. This shows that we are brothers. I want to tell the whole world, especially the citizens of Russia, that we have no problems with Ingushetia, in particular those concerning me personally, Ramzan Kadyrov,” the Chechen leader noted.
Earlier, Fortanga reported that Kadyrov called on the Ingush people to bring charges against him within three days and “determine the punishment. The son of political prisoner Akhmed Barakhoyev and co-chair of the Mekh-Khel public organization Sarazhdin Sultygov responded to Kadyrov’s ultimatum. “Fortanga” also published claims on the territorial issue of the Council of Teips of Ingushetia, but the head of Chechnya ignored the appeal.

Later the Chechen president said that he had no problems with the brotherly Ingush people, and that the human rights activists and “corrupt jackals” would not be able to “dismember” the Ingush and Chechens. In addition, Kadyrov urged residents of Chechnya to delete all negative comments about the Ingush and said he wanted to start a new chapter in relations with the Ingush.

As a reminder, in November 2021 at a visiting meeting in the Galanchozhsky district Kadyrov stated that the agreement on establishment of border between Ingushetia and Chechnya was a brotherly favor and he would take back the Chechen lands “illegally” given by Dzhokhar Dudaev [Former President of the Chechen Republic of Ichkeria] from neighboring Ingushetia in case the Ingush “will not calm down.

The YouTube channel “Mekh-Khel” was hacked. All videos have been deleted