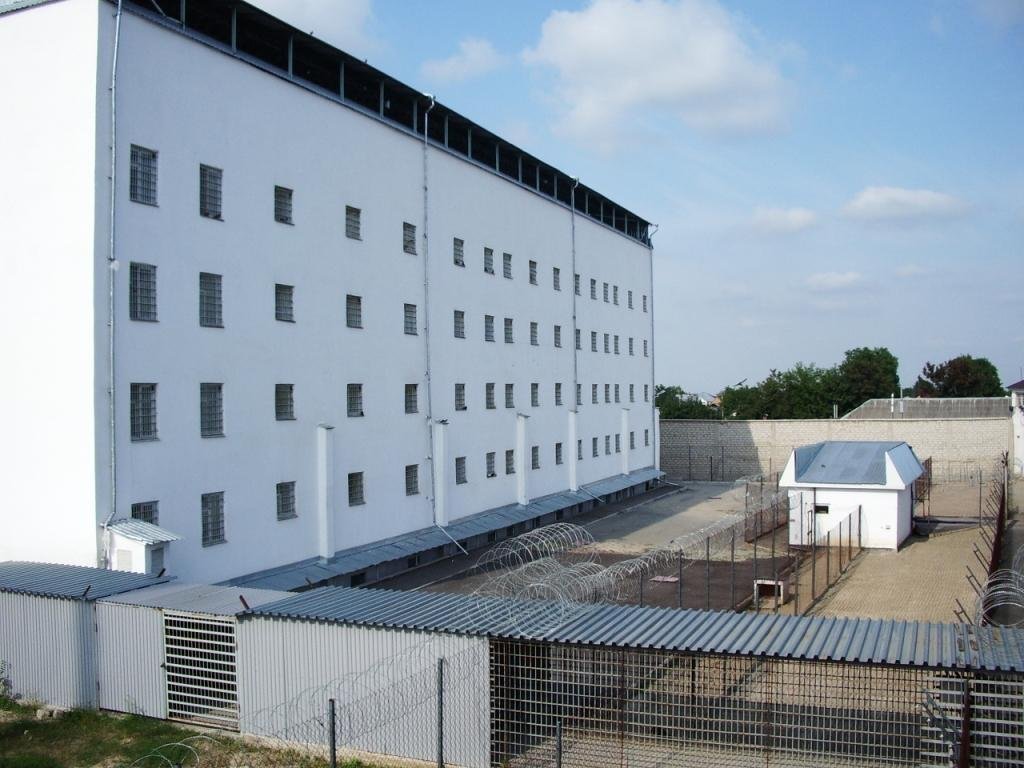 Ingush activist Bagaudin Myakiyev has been beaten up in a detention centre in Nalchik, the capital of the Russian republic of Kabardino-Balkaria, his lawyer says.

Myakiyev, a representative of Ingushetia’s Council of Teips (clans) was detained on 13 April for participating in an unauthorised rally in the Ingush capital Magas on 27 March. He was charged with using violence against the authorities.

Myakiyev was taking part in widespread protests in the republic against a land deal in which Ingushetia handed around 9% of its territory to neighbouring Chechnya.

He is being held in custody until 25 September and remains in a detention facility in Nalchik.

Fatima Urusova is a lawyer representing two other Ingush activists being held in the same detention facility for participating in protests on 27 March. Urusova told OC Media that Myakiyev has ‘traces of beatings on his face’ but ‘there is no reliable information about what happened to him yet’.

Gennadiy Pazov, Myakiyev’s former lawyer, told Kavkaz.Realii that prison staff beat Myakiyev on 17 July in the corridor. According to him, the beating occurred ‘because of the hostility [of the employees] towards him personally’.

Myakiyev’s brother, Alaudin Sautiyev, told OC Media that Myakiyev’s family had submitted an application to the Investigative Committee of Kabardino-Balkaria demanding it be investigated.

‘We could not find out what specifically happened there and why Bagaudin was beaten up in the detention centre’, said Sautiyev.

He added that the family were not being allowed to visit Myakiyev because, according to the authorities, he had been placed in solitary confinement.

‘All we have learned is that he was beaten by several officers of the detention centre’, he said.

On 20 July, Sautiyev told OC Media that Myakiyev’s new lawyer, Magomed Aushev, had informed him that his brother ‘has a big hematoma on his face and head, and his body is covered in bruises’.

According to Sautiyev, Myakiyev has now been transferred out of solitary confinement but his relatives have still not been allowed to see him.

According to the Council of Teips Instagram page, Myakiyev ‘made a statement to the Prosecutor’s Office describing the incident’.

Following his alleged beating, Myakiyev and several other Ingush activists in the same detention facility went on a hunger strike.

Zaur Zhemukha, a member of the Public Monitoring Commission of Kabardino-Balkaria, a government-funded body monitoring the rights of prisoners, told OC Media that he and several high-ranking officials visited the detention centre on 19 July.

According to the Council of Teips, the officials asked prisoners to stop their hunger strike and promised that Myakiyev’s case would be objectively investigated and the perpetrators will be punished.

Zhemukha said that after this meeting, all of the activists in the detention centre agreed to stop the hunger strike except for Myakiyev.

‘Bagaudin himself refused to stop the hunger strike, although he did not make a written statement that he announced it. Therefore, they continue to deliver food to him’, Zhemukha said.

He said that Myakiyev has refused to eat until he is granted a meeting with the head of the local prison supervisory body, Artik Kokoyev, who is now on leave.

Magomed Abubakarov, a lawyer who is in contact with Myakiyev’s family, told OC Media that they had filed a complaint to the Prosecutor’s Office of Kabardino-Balkaria.

According to Zhemukha, Myakiyev claimed that the conflict began between him and one prison employee. He reported that an investigation was already underway.

In a copy of his official report seen by OC Media, Zhemukha wrote that Myakiyev claimed the beating ‘was preceded by various types of psychological pressure to coerce him to assist the investigation’.

He said that the prison administration has claimed that Myakiyev had ‘systematically’ broken prison rules in protest against his detention.

‘Myakiyev does not deny these violations and considers them a response to the pressure’, he wrote.

Caucasian Knot cited another member of the Public Monitoring Commission as saying that Myakiyev had been placed in solitary confinement twice. ‘In the solitary cell, he broke everything that could be broken’, he said.

Caucasian Knot also cited representatives of Kabardino-Balkaria’s Penitentiary Service as saying that they did not beat Myakiyev and that he injured himself while dismantling the partition separating a toilet.

Valeriy Khatazhukov, the head of local rights group the Human Rights Centre of Kabardino-Balkaria, told OC Media that he believed the Public Monitoring Commission ‘should respond to such incidents much more quickly’.

‘Almost two days have passed since the beating of Myakiyev, and they just now went to the detention centre’, he said.

Myakiyev was arrested in Ingushetia after participating in an unautharised protest in March against a controversial land deal with Chechnya.

The widely unpopular deal, which handed around 340 square kilometres to Chechnya, was signed by then head of Ingushetia Yunus-Bek Yevkurov and his Chechen counterpart Ramzan Kadyrov in September 2018.

In October, MPs from Ingushetia’s regional parliament, the People’s Assembly, approved the deal 17-4 in a secret ballot. Following the vote, a number of MPs claimed it had been falsified, insisting they had voted against the deal.

The Supreme Court of Ingushetia ruled at the end of October that the border deal violated Ingushetia’s constitution, as a referendum was required in order to adopt it.

However, Russia’s Supreme Court overruled the court in December, in proceedings boycotted by the head of the Ingush constitutional court, Ayup Gagiyev, who insisted that the federal court had no jurisdiction over its decisions.

Protests re-erupted in late March after the Ingush authorities attempted to change the Law on Referenda on which the Supreme Court’s ruling rested.

The authorities responded by banning further protests, firing the republic’s interior minister, and disbanding a local police unit, after reports they sided with protesters against units of the Russian National Guard.