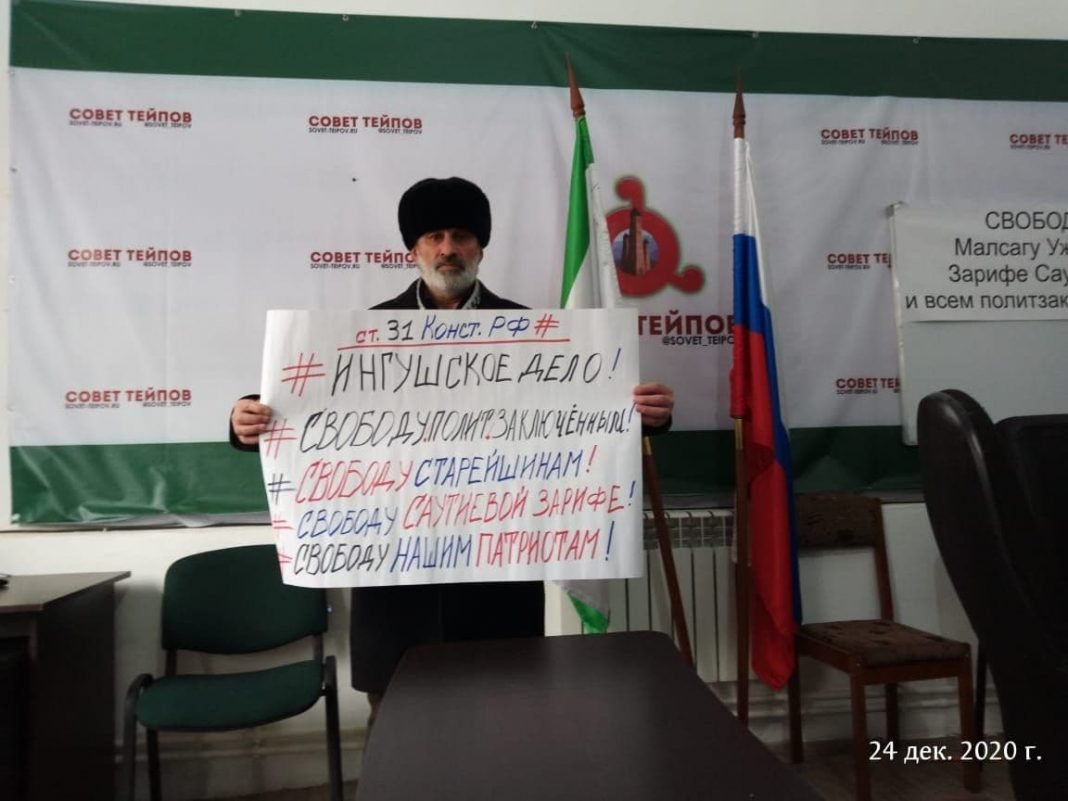 Bagaudin Myakiyev, who served his sentence in the rally case, is suspected of intentionally causing property damage to the detention facility, his lawyer Magomed Aushev said.

He specified that an inquest is underway against Myakiev for intentional infliction of property damage to the SIZO, where he was held from March 2019 until February 2020 on the rally case. The inquest is being conducted by Kabardino-Balkaria’s internal affairs authorities, the defender said.

“He is currently charged with Article 167 of the Criminal Code (intentional infliction of property damage) for the fact that he, while in the punishment cell, dismantled a partition of the toilet. The damage was assessed at 5,700 rubles, and the material has been sent to the local Department of Internal Affairs”, – said Magomed Aushev.

The lawyer noted that the criminal case was filed back in October 2019, when Myakiev was in pre-trial detention. The case was later suspended due to the fact that Myakiyev’s whereabouts were unknown to the investigation.

Baghaudin Myakiev was released from detention in 2020; he appealed the court verdict to the European Court of Human Rights back in August 2020. The decision on this claim has not yet been made, the defender specified.

According to him, the new case of Myakiyev will be sent to court in the near future after the completion of the inquest. “The maximum punishment under this article is two years of imprisonment. Alternative punishments are also possible – such as compulsory work, an administrative fine, etc., but in any case we will firmly defend his rights,” concluded Magomed Aushev.

Bagaudin Myakiev previously served a sentence for participating in a 2019 protest in Magas. He received time served on a case of violence against law enforcement officers. The convict claimed that he had been beaten while in custody, but they refused to remove the beatings. After his release, Myakiyev repeatedly held rallies demanding the release of political prisoners.

Rallies against the Ingushetia-Chechnya border agreement have been held in Magas since autumn 2018. In March 2019, they turned into clashes with security forces and detentions of activists. A total of 46 people were arrested and about 30 people received real sentences on charges of violence against government officials. There are now seven protest leaders in the dock, including. They are accused of organizing and calling for violence against representatives of the authorities, as well as creating and participating in an extremist community.

Magomed Khamkhoyev released after serving time in the rally case