Новости Ингушетии Фортанга орг
Home Articles Experts named the reason for non-implementation of the law “On Rehabilitation of... 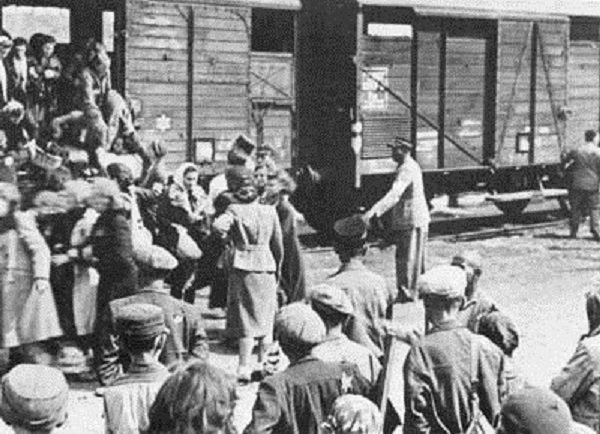 The law “On the rehabilitation of the repressed peoples” is one of the most humane, it is unique, but it remains unimplemented. Experts polled by Fortanga believe that the failure to implement the document is the result of the unwillingness of the federal authorities to put it into practice.

This year, April 26, marks the 30th anniversary of the adoption of the law “On the rehabilitation of the repressed peoples. This regulation also applies to the Ingush people, who were also victims of Stalin’s repression, but the law has never been fully implemented. As the deputy of National assembly of republic of Ingushetia has told
Zakri Mamilov
The law “On Rehabilitation” is rightly considered the most humane law of the XX century.

“This law concerns 12-14 peoples, it should have been nominated for the Nobel Peace Prize, but so far it has not been implemented. If we take the Ingush people, restoration of the republic was carried out, but the territorial rehabilitation of Ingushetia was not achieved. In the last 15 years a taboo has been imposed on territorial rehabilitation. A significant part of Ingushetia, the cradle of our civilization – the Prigorodny district – has remained within Ossetia,” complained Mamilov.

He is also sure that the law is not being enforced due to the lack of interest of the authorities. “The authorities say that its implementation will ‘open Pandora’s Box,’ that there will be a chain reaction across the rest of the country, but I am sure that this law is not being implemented only because the federal government does not want to deal with it,” said the MP.

“The only people promoting the law are the community workers.”

Mamilov also praised the Ingush for passing the jubilee law. “The law on the rehabilitation of the repressed people is also informally called the ‘Ingush law’, because it was drawn up largely through the efforts of Ingush deputies, and its author is Ibrahim Kostoyev. The law was promoted by Beibulat Bogatyrev, Khamzat Fargiev, Musa Darsigov and others, the whole Ingush people who came out in droves to rallies put energy into it. But so far we see the timid behavior of our republic’s leadership: when only public activists deal with this issue, the problem will not be solved, although it is the republic’s leadership that should deal with it in the first place,” Mamilov noted.

The deputy also pointed out the difference in attitude to this issue between the regions. “It’s perplexing that our leadership is silent against the background of the neighbouring republic, where they can make statements in defence of their interests on this issue, without having any rights to these lands, knowing that they live there illegally. Again, who demands restoration of territories in Ingushetia? Public organizations and individual deputies,” Mamilov pointed out.

The consequences of non-enforcement of this law negatively affect the historical memory and identity of the peoples of North Ossetia and Ingushetia, said the deputy.

“The consequences of non-implementation of this law manifest themselves at the very least in the fact that the younger generation of Ingush will have their historical memory of Prigorodny district erased. Almost a quarter of Ingushetia’s population lives without the historical territory as part of Ingushetia. And vice versa, in the neighbouring republic there is a growing generation that thinks that Prigorodny district is their territory,” said Mamilov.

He said that he believes it is necessary to unite the initiative of the peoples who are disadvantaged by the non-implementation of this law.

“I believe that those peoples who are united by this law should create a common structure, whose representatives would seek enforcement of this law from the federal authorities. With the same persistence with which the peoples sought the adoption of this law, we need to achieve its implementation”, – summarized Mamilov.

“Laws not commonly spoken about in Russia”

The head of the human rights organisation “Mashr” shares the same opinion about the law.
Magomed Mutsolgov
.

“In my opinion, this is the most humane Russian law passed in modern Russia. It was an attempt to give a legal assessment of those anti-human repressions by the Soviet regime in Stalin’s times. Unfortunately, it is not being implemented”, – said the human rights activist.

Magomed Mutsolgov also drew attention to the fact that the law “On Rehabilitation” is not the only one of its kind that is not commonly mentioned in Russia.

“There is one more humane law, I would call it humane law No. 2 after the law “On Rehabilitation of the Repressed Peoples” – it is the law on public control in places of detention, but today Russian authorities try to put the brakes on it too. Unfortunately this only emphasises that we do not live in a state governed by the rule of law. But the attempt to adopt these laws was absolutely humane and expedient. Lawyers who understood and really felt what the country and people needed. But unfortunately, they are not being implemented by today’s authorities. At least, the authorities do not see the need to implement this law. We know that today many important issues for the population of our country are approached from personal, corporate interests” – concluded Mutsolgov.

According to the lawyer
Magomed Bekov
the reason for the failure to enforce the law lies in the unwillingness of the Russian federal authorities to apply it.

“I believe that the law on the rehabilitation of the repressed peoples has not been implemented because there is a lack of political will and desire from the Kremlin,” Bekov commented to Fortange.

The law “On the rehabilitation of the repressed peoples” which condemned the policy of state terror, genocide and slander, concerned not only Ingush but also other peoples – Chechens, Balkars, Karachais, Kalmyks, Crimean Tatars, Meskhetian Turks and others.