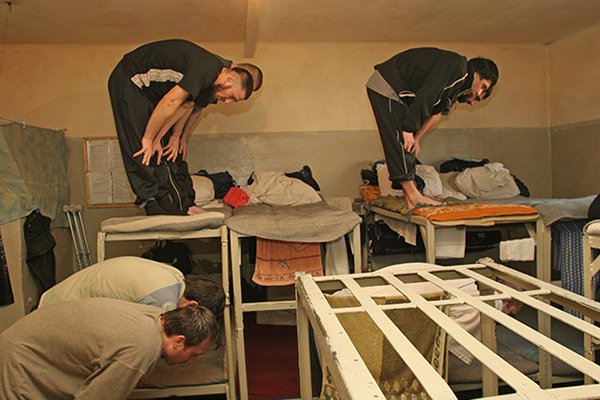 On April 29, the Center for Conflict Analysis and Prevention presented a report “North Caucasian Muslims in Prisons in Russia”.

It describes the violations faced by inmates in correctional facilities.

According to human rights activists, the adherents of Islam are most exposed to discrimination in Russian colonies. They face torture, beatings, harassment by other prisoners, all without being able to see their families.

Human rights violations at the preliminary investigation stage were mentioned by half of the 30 respondents – residents of Chechnya, Ingushetia, and Kabardino-Balkaria. Their right to freedom of religion is often violated, and it is more difficult for them to obtain a conditional release, lists Ekaterina Sokiryanskaya, director of the Conflict Analysis and Prevention Center.

The biggest problem of the interviewed prisoners is that they are serving their sentences far from home and cannot see their relatives, and in some cases families do not know about the specific location of the convict at all. In addition, they are convoyed in harsh conditions and are met with dogs and beatings upon arrival at the colony.

While wanting to follow the precepts of Islam, prisoners often encounter rejection of religious rituals by prison administrations, Sokiryanskaya said.

According to Sokiryanskaya, North Caucasian Muslims are the most vulnerable and discriminated against group in Russian colonies and experience prejudice. They are more likely to be subjected to violence, including torture and humiliation. Their right to freedom of religion is quite often violated, and it is much more difficult for them to obtain parole.

Such an attitude, in Sokiryanskaya’s opinion, can be explained by the negative image that was left in the minds of law enforcement officers working in the Federal Penitentiary Service’s system after the Chechen military campaigns. According to human rights activists, a significant number of employees of this agency have gone through combat tours in the North Caucasus.

By contrast, however, there is no discrimination on the basis of religion and nationality in North Caucasus colonies, human rights activists found out. Informal hierarchy is also absent or not determinative. But this has its own problem: in the Caucasus, torture is more often used against prisoners during pre-trial investigations, but nevertheless, the local correctional institutions here are more respectful than in other regions.

This is attributed by experts to the fact that employees of colonies in the region are local residents. If violence is used, they face trouble from the inmates’ families. That’s why they don’t feel their impunity.

From a gender perspective, women have had more difficulty adapting to prison than men. Convicted women lose their families, children, social ties and possessions, while for men the most difficult has been adapting to the new living conditions, lack of personal space and the aggressive prison environment.

In general, the likelihood of problems for an inmate depends not on the types of institution in which they are serving their sentence, not on the behavior of prisoners, but on the administration of the colony. In the strictest of prisons, the treatment may be OK and conversely, in more light-hearted facilities, prisoners may have a hard time.