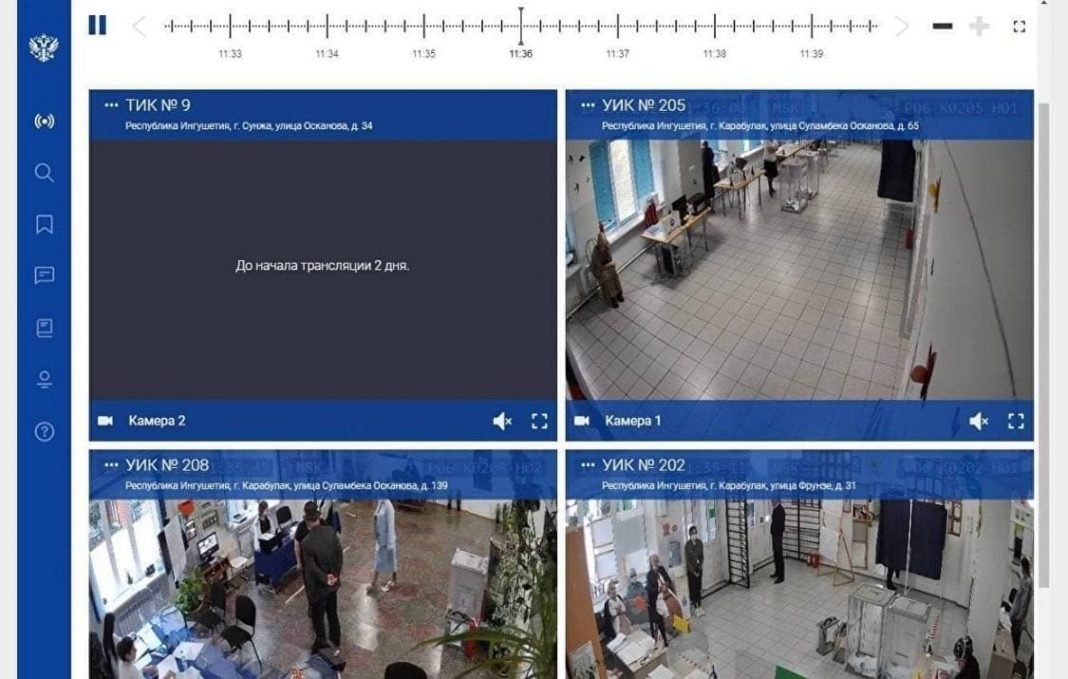 The video surveillance system was disabled in territorial election commissions in Malgobek, Sunzha, Magas and Nazran, the candidates reported.

“Instead of broadcasting from polling stations, the system reports that ‘there are 2 days left before the broadcast’,” said Ruslan Mutsolgov, head of the “Yabloko” regional branch. He notes that the video surveillance map does not show all polling stations, which may indicate that not all PECs have cameras. Now we are clarifying everything and preparing a complaint,” Ruslan Mutsolgov commented on the situation to Znak.com.

Data from the Election Violations Map (https://www.kartanarusheniy.org/) website confirms information about inoperative cameras in eight polling stations: in two TECs in Karabulak, in two in Malgobek, in two in Sunzha, as well as in Magas and Nazran. All eight complaints came from one or more candidates.

Musa Yevloyev, head of the Russian Central Election Commission, called the camera disconnections a fake. “Fake information is spreading on the Internet that video recording cameras are not working in nine TECs in Ingushetia,” he told the newspaper Ingushetia.
According to Yevloyev, the active phase of the election campaign in these TECs will start after 8 p.m. Moscow time on September 19, when the protocols on the results of voting with the attached documentation are signed. It should be noted that Ingushetia is one of the so-called “electoral sultanates” where United Russia and candidates from the ruling party get some of the highest results in the country in elections at any level. Furthermore, Golos* referred to Ingushetia as one of the regions with a “rich tradition of fabricating protocols”.

One single-mandate constituency No. 13 was established for the election of State Duma deputies in Ingushetia. There are five candidates in this constituency, all nominated by political parties. Fourteen political parties are registered to contest the elections to the State Duma and local parliament in the federal district. Four regional branches of parties are running in the elections to the People’s Assembly. The United Russia party nominated 59 candidates for seats in parliament, the CPRF nominated 36, the Just Russia-Patriots – For Truth nominated 33, and the LDPR nominated 37.

Fortanga earlier reported that representatives of polling station 608 at school No. 11 in Nazran, forgetting to turn on their online camera, were discussing the ballots “prepared yesterday”, citing “500 spoiled” ballots. The tape was leaked on the Internet.

* – the organization is included by the Russian Ministry of Justice in the register of NGOs performing the functions of a foreign agent.

Magomed Khazbiyev: how and for whom to vote?