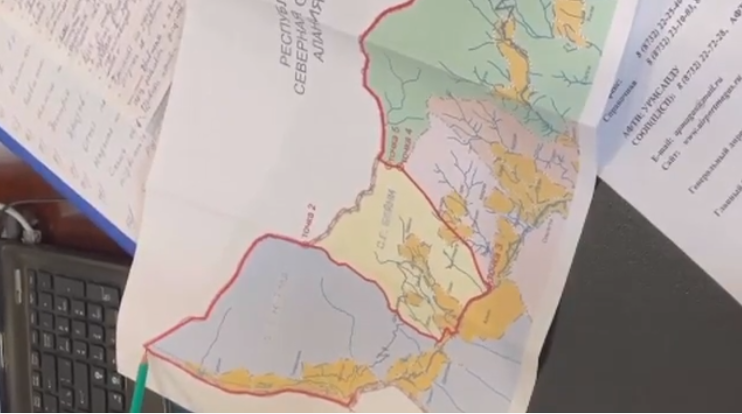 The Russian Federal Security Service removed the village of Beini from the border zone and included the section on the border with Chechnya into the border area, said the head of the Jeirakh district Akhmed Lyanov. Residents of Ingushetia have expressed fears that interethnic conflicts may now arise on the Table Mountain, which has been left outside the border zone.

Chairman of the Constitutional Court of Ingushetia
Ayup Gagiev
published on his Facebook page a copy of the order of the Russian Federal Security Service to change the border zone on the territory of Ingushetia.

The order, approved by the Russian Ministry of Justice, prescribes that Ingushetia must establish a border zone to the Russian state border with Georgia, as well as with North Ossetia and Chechnya.

In addition, the order instructs the Department of the Federal Security Service in Ingushetia to “establish locations and determine the time for the passage of persons and vehicles in the border zone, and organize the installation of warning signs.

Fortanga was told by the Ingush Ministry of Justice that they knew nothing about this document and could not answer what specific changes this order introduces, or what its consequences for the republic are.

Photographer and traveler working mainly in the Caucasus,
Timur Agirov
Having studied the order of the Russian Federal Security Service, he marked out the new borders of the border zone in Ingushetia. “The previous order in conducting the zone referred to rivers and mountain tops. The new order defines boundaries by municipalities, boundaries of republics and individual points,” he wrote.

The head of the administration of the Jeirakh district
Akhmed Lyanov
confirmed Agirov’s estimates that the village of Beini had been withdrawn from the border zone, and a section on the border with Chechnya with no settlements was included in the border area.

“The village of Beini is excluded from the border zone because it does not border with Georgia. This was done to bring the borders in line with the federal legislation, which requires that only those settlements that directly adjoin the state border be included in such a zone,” he said.

The new borders have raised questions among residents of Ingushetia and tourists. Thus, Timur Agirov noted that the most popular route to climb the Table Mountain, the tower complexes of Beini, Kasheti, Goust, Eban, Duhargisht, Kharp and Hastmak are located on the territory of Beini. Beini is connected to the new border zone by roads to the villages of Jeyrakh and Furtoug and trails to Falkhan. Now they all cross the border of the border zone.

Agirov also noted that the use of drones and filming of border objects without special permission of the Border Department of the FSB is prohibited in the border zone. “So it turns out that when you’re on Baney property, you can pick up a quadcopter without permission and take pictures in all directions?” – he asked.

Facebook users were concerned about the news about changes in the border zone.

“This is only possible here. You have access to your own historical monuments only through the checkpoint, and residents of another region can enter without the checkpoint…. This is bullshit… On the part of the RSO, only professionals will go up there, ordinary tourists are unlikely to like this route… Plus, they’ve laid the groundwork for potential inter-ethnic squabbles on the mountain,” Khuseyn Shoanho wrote in a comment on Agirov’s post.

“Nothing is clear with the Baney Enclave at all,” lamented Girikhan Goust.

the mountain and the top of Table Mountain” the neighbors “will arrange according to their own discretion. “If before, bypassing the post near Jeyrakh prevented them from being on Table Mountain, it’s not a problem for them now,” she believes.

Fortanga had earlier reported that uncoordinated work was being carried out on the outskirts of the Ingush village of Dattykh, on the administrative territory of Ingushetia, using heavy equipment. It turned out that road builders from Chechnya had arbitrarily dug a new channel but quickly evacuated the construction equipment.

This caused indignation in Ingushetia, both among local residents and among officials. Ramzan Kadyrov called the discontented “a bunch of provocateurs who are trying to play the nationalist card.

A few weeks later, representatives of the administrations of the border districts of Sernovodsky and Sunzhensky reported that Fortanga had been returned to its previous course.

Chechen law enforcers’ exercises on the border with Ingushetia are of a demonstrative nature –...