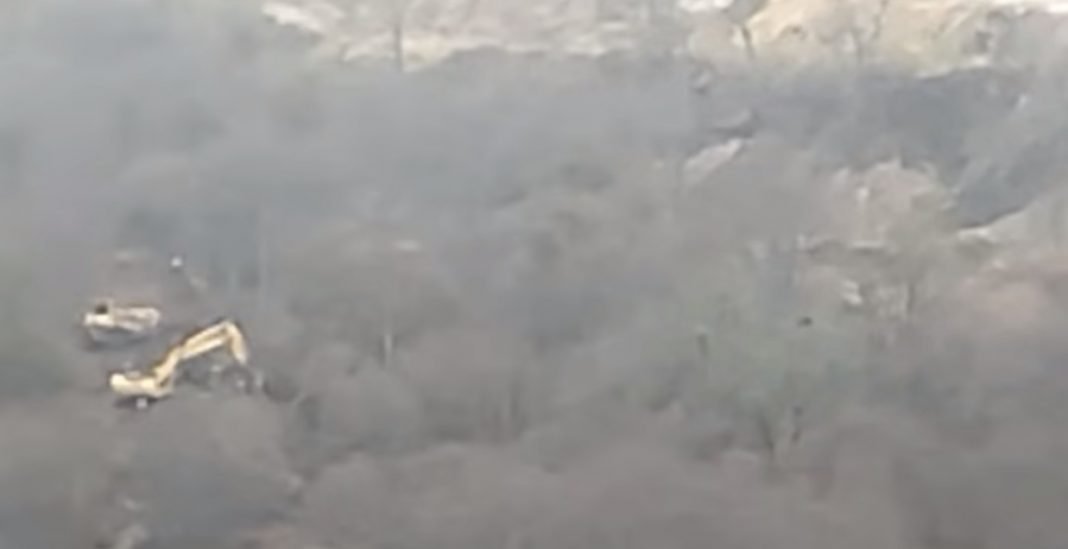 The excavation work on the river Fortanga, which caused the border dispute between Chechnya and Ingushetia, has been completed.

The river was returned to its former course, reports Kavkazsky Uzel*, citing representatives of the administrations of the bordering Sernovodsky and Sunzhensky districts.

Shore protection work on the Chechen side of the Fortanga River was completed more than a week ago, an official of the Sernovodsky district administration in Chechnya said.

“It’s all done. The bank has been reinforced. The water has been let in its own channel,” he said, adding that no other work will be done on Fortang in the near future.

Ingushetia’s first deputy head of the Sunzhensky district administration Osman Yevloyev confirmed the report on the completion of the works and the return of the Fortanga river to its former course.

“It’s okay. They’ve finished, and the channel is back where it belongs,” he said.

Yevloyev said that the Chechen side had sent a letter informing them that the work was about to begin.

“They sent a letter, but it came late, when what happened already happened. But we decided that in the future such events should be coordinated,” he stressed.

The first deputy head of the Sunzhensky district administration specified that he has not seen any written agreement between the two republics’ districts. He assumed that the agreement will still be at the level of the governments of Chechnya and Ingushetia.

Earlier, a resident of the border village of Dattykh in Ingushetia’s Sunzhensky district reported that the Chechen authorities had failed to fulfil their promise to restore the riverbed of the Fortanga.

On November 11, Chechenavtodor carried out excavation work on the banks of the Fortanga River, which straddles the border with Ingushetia, causing resentment in Ingushetia among local residents and officials alike. Ramzan Kadyrov called the discontented “a bunch of provocateurs who are trying to play the nationalist card”.

The Chechen authorities offered the Ingush side to settle the land dispute in a Sharia court, reacting harshly to an appeal from the Teip Council of Ingushetia.

Subsequently, Daudov reproached the Teip Council of Ingushetia for its representatives not coming to a meeting with a Chechen delegation on the banks of the Fortanga on November 21 to resolve the issue of Shariah ownership of the border land.

Kadyrov conducted an exercise unprecedented for Russia: all of Chechnya’s power units moved out to the borders of the republic for three days. Kadyrov also warned the Ingush side that if dissatisfaction with the current borders did not stop, they would be reconsidered once again, and again in Chechnya’s favour. The activity of Chechen law enforcers on the border will not result in armed clashes as the exercises are mainly demonstrative in nature, analysts said at the time.

“Whoever doesn’t want the republic, leaves.” Experts commented on Musa Albogachiyev’s speech about the insolvency...