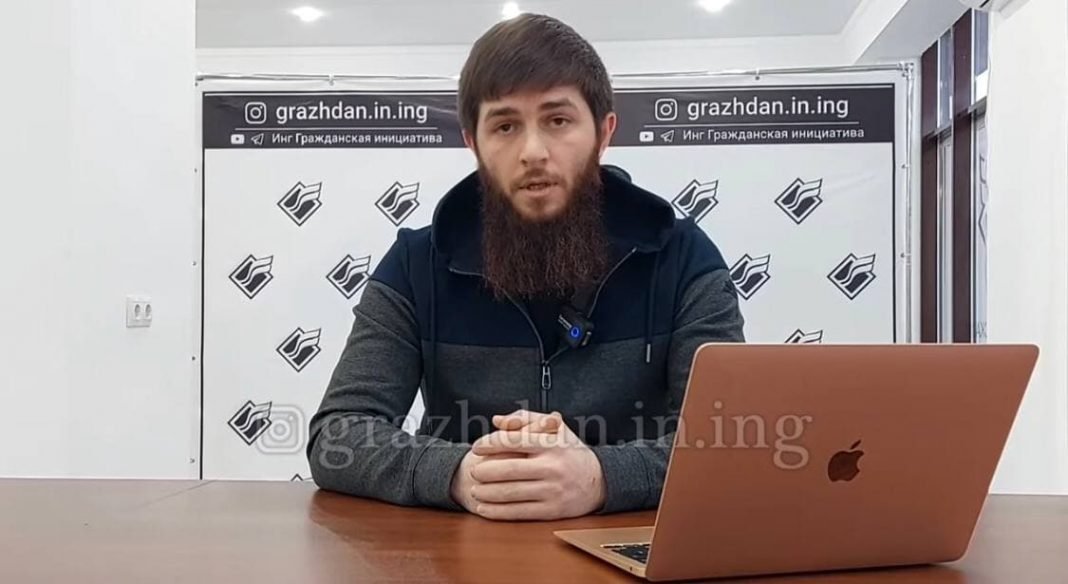 The security forces detained Adam Khamchiyev on suspicion of possessing military weapons. He is in the temporary detention center and refused to testify, said the lawyer.

Ingush blogger Adam Khamchiev is in the building of the TDF of the Nazran police department, lawyer Mark Gat told Fortanga.

There is nothing wrong with him, no illegal methods were used against him, he said. “Adam Khamchiev is charged with part 1 of Article 222 of the Criminal Code of the Russian Federation – possession of weapons (a combat pistol). He referred to Article 51 of the Constitution of the Russian Federation (according to which no one is obliged to testify against himself); he did not give any confession or deny anything. A session has been scheduled for January 29 at the city court in Magas, where a measure of restraint will be chosen for him. We intend to apply for a non-custodial measure,” said Mark Gat.

Surveillance cameras recorded the abduction of Ingush blogger Adam Khamchiyev by unknown assailants, the Ingush branch of the Civic Initiative reported on January 27. A video of the blogger’s kidnapping was posted on the party’s Instagram page. The footage shows unidentified masked men taking Khamchiev away and putting him into a Hyundai Salaris.

Later, a representative of the “Civic Initiative” said that Khamchiev was charged with illegal storage of weapons (Part 1, Article 222 of the Criminal Code) and was transferred from the Federal Security Service to the CPS. “He was beaten in the apartment and tortured. At the moment a lawyer is communicating with him,” he said.

Early on January 27 unknown assailants came to the apartment of Adam Khamchiyev, an Ingush blogger and member of the regional political party Civic Initiative, and took him away in an unknown direction, his relative told Fortanga. Khamchiev is known for his publications on pressing social issues.