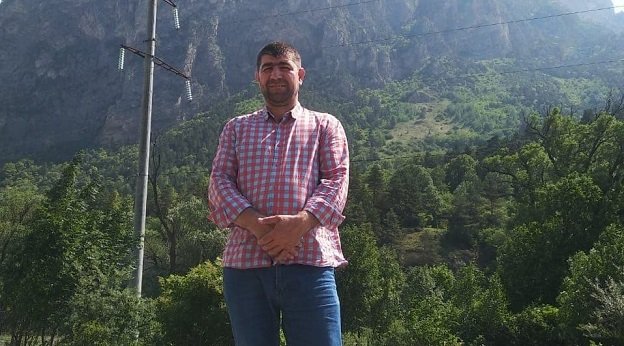 A resident of Ingushetia, Adam Arsayev, born in 1978, stopped contacting his relatives after he went to the capital of Chechnya.

Vakha Arsayev, a cousin of the missing man, told Fortanga that Adam worked as a cab driver and drove a client from Grozny. The passenger, a resident of North Ossetia, is also missing.

According to Vakha Arsaev, Adam’s car was found open near a gravel pit in Sunzha, near a Rosneft gas station. “The doors were open, and all the personal belongings of the driver and passenger, including documents, cell phones and luggage, were found inside,” he explained.

The police took a statement from the relatives. Through the efforts of relatives the search for the missing has been organized, Vakha Arsayev added.

Bembulat Arsayev, a brother of the missing man, said that the car was found about 20-30 meters from the gas station. According to him, there are video cameras at the gas station, and the police are already working with video recordings.

Adam Arsayev is registered and lives in the village of Kantyshevo, Nazranovsky district. He has three sons and two daughters. Relatives reported that the missing man stopped contacting them on February 6 at about 11 p.m. Moscow time.