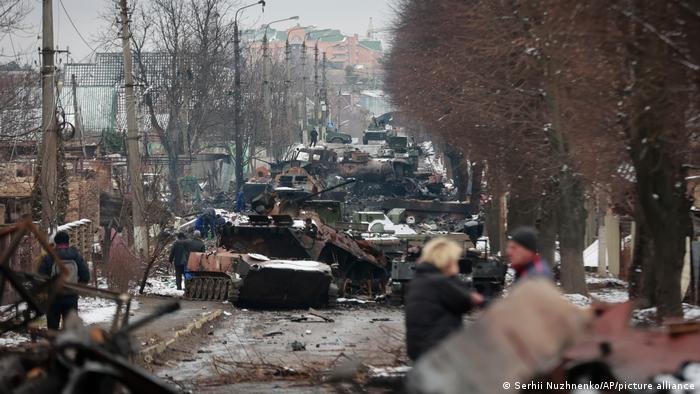 Residents of Ingushetia bid farewell to six servicemen killed in combat operations in Ukraine, the press service of the administration of the republic’s head and government said.

Fortanga earlier reported that Ilez Torshkhoyev, a serviceman killed in Ukraine, was buried in the village of Barsuki in Ingushetia. Thus, seven dead from Ingushetia were buried.

Recall that as of March 3, 23:30 Moscow time it was known about 12 dead and 12 wounded. On March 2, the Russian Defense Ministry officially reported 498 dead and 1,597 wounded Russian servicemen in Ukraine.

A source told Fortanga that relatives came to Belgorod in search of Ingush servicemen, where the wounded were brought. According to him, the bodies of the dead are mutilated and many cannot be identified, so relatives are waiting for the results of DNA testing.

Earlier, the head of Ingushetia, Mahmud-Ali Kalimatov, expressed his condolences to the families of the four servicemen killed in Ukraine in his social media accounts. The publication drew widespread criticism from users of social networks, and they expressed fears that there could be many more victims. Later, the data on the number of dead and their names from the page of Kalimatov were removed.