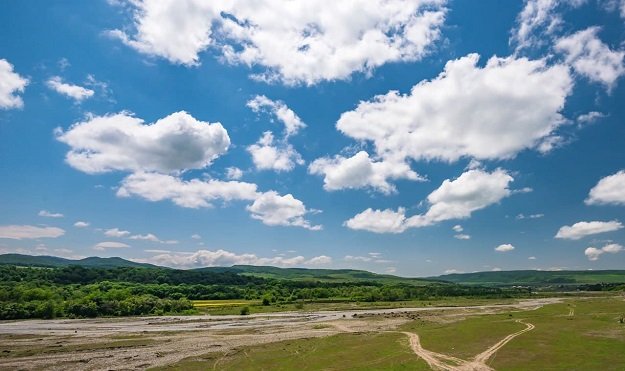 Preliminary work on the transfer of a plot of land in the Sunzhensky district for a military training ground is continuing despite protests by activists because it involves the interests of a high-ranking official, a source said. Archaeologists and activists insist that it is unacceptable to build a landfill in a densely populated area with unique natural and archaeological sites.

The plans of the republic’s authorities to hand over a plot of land in the Sunzhensky district to accommodate the division’s motorized rifle company and training ground became known back in December 2018. Commander of troops of the Southern Military District Alexander Dvornikov approached Yunus-Bek Yevkurov who at the time served as head of Ingushetia, with a request to allocate a land plot of about 9,000 hectares for this purpose. “The tentative location is the territories bordering Chechnya in the Sunzhensky district of Ingushetia,” Dvornikov said in a statement, which was made available to Fortanga.

The news of the construction of the landfill fueled the fire of Ingush protests that followed the signing of a border change agreement with Chechnya in 2018. And the news of the allotment of a huge plot of land for a landfill also caused a storm of indignation on the part of the local population.

Activists and representatives of public organizations have sounded the alarm, demanding that the authorities reconsider plans to build a military training ground at the site. The chairmen of the World Congress of the Ingush People, Akhmed Pogorov and Musa Malsagov (now imprisoned in a rally case), in January 2019 addressed Defense Minister Sergei Shoigu with a statement (a copy is available from Fortanga) calling on him to prevent the placement of the polygon in the Sunzhensky district. They pointed out that after the decision of the Ingush authorities to transfer some land to Chechnya, the territory of the district has already shrunk considerably, and the area located in a densely populated area, where farmland and the forest fund are the only source of income for local residents, is not suitable for a landfill site.

In February 2019, the press service of the head of Ingushetia assured that the landfill will not affect the relic plantations of Sunzhensky forestry, and the owners of farms whose land will be affected by the project are promised equal compensation. It is also explained that “the choice of the place (for the landfill location) is conditioned by the direct access to the federal highway from the place of the future military unit deployment”, and the local residents will only benefit from the construction of the landfill. “Landfill placement will entail the construction of all related infrastructure – housing, social facilities, will be a source of additional tax revenues to the budget, new jobs,” the press service of the government pointed out.

“With one wave of his forefinger the head of the district agreed to hand over the road to Arshti and to leave more than 1,000 hectares of land in his possession. What’s more, he did it without consulting the Russian Defence Ministry, which confirms the fact that the initiative to locate the training range fully belongs to Yevkurov. I have no doubts about this”. wrote in February 2019, activist Barakh Chemurziev, who is imprisoned in a rally case, after a meeting between local authorities and residents of the district, organized with the participation of the Ingush Committee of National Unity.

The Council of the Teips of the Ingush People called on local officials and residents of the district to oppose the initiative of the republic’s government. “The Republic of Ingushetia is the smallest subject of the Russian Federation with the smallest amount of land per capita … However, Yunus-Bek Evkurov is preparing to hand over 8,500 and 1,250 hectares of land … to accommodate a motorized rifle regiment and build a division firing range for heavy guns and armored vehicles,” it said. video message of the activists to the residents of Sunzhensky district in a video posted on Youtube channel of the Council of Teips of Ingushetia.

According to members of the Teip Council, the location of the polygon could lead to an environmental disaster, in particular, it would cause “enormous, irreparable harm to the region’s flora and fauna” and lead to the destruction of historic tower monuments through the detonation from firing ranges.

Tensions around the plans to build the landfill only subsided in the summer of 2019, after Yevkurov resigned, but, as it turned out, not for long. The issue of allocation of land in the Sunzhensky district for a training range of the Defense Ministry is being actively lobbied by the administration of the military department, a source in the Ingush government told Fortanga. He said that after the revival of plans to build the landfill, representatives of public organizations appealed to the head of the republic Mahmud-Ali Kalimatov with a request to reconsider the decision to organize the landfill in this place. The head of Ingushetia was also asked by farmers who feared to be deprived of their land not to give it to the Russian Defence Ministry.

Kalimatov, in turn, has discussed this issue with the command of the Southern Military District, which assured that a site several times smaller in size is enough for the range of the Russian Defense Ministry, the source said. However, Kalimatov was refused with reference to the fact that former head of Ingushetia Yevkurov, who currently holds the position of Deputy Defense Minister of the country, is interested in organization of the military training ground, the source said.

The director of the Republican Archaeological Centre, Umalat Gadiyev, also said on his Facebook page that it was Yevkurov who was lobbying for the construction of the landfill.

“Since 2018, thanks to the ‘active activities’ of the former head of Ingushetia, up to the present time there have been preliminary works on the transfer of this territory for a military training ground,” he believes.

“If the authorities don’t respond, the public should respond.”

Ingush activists are not giving up hope of defending the land. This topic is actively discussed in social networks, and Umalat Gadiev said that on April 15, archaeologists carried out an expedition to the place which is planned to be allocated for the landfill and found “unique and extremely interesting for the history and archaeology of the region” underground crypts. He stated that the Federal Law “On Objects of Cultural Heritage (monuments of history and culture) of the peoples of the Russian Federation” requires urgent full-scale archaeological exploration and excavations and other scientific research in such cases. “Let’s hope that the voice of the law will be heard and the history of Ingushetia will be preserved,” he said.

Lawyer and civil activist Magomed Bekov is convinced that “if the authorities are not reacting (to people’s demands), society should react. “If we want to prevent the landfill from opening, there should be a mass appeal to ban the construction of this landfill,” he told Fortanga.

At the same time, an online petition against the construction of a landfill in the Sunzhensky district of Ingushetia has been launched on the Change.org platform.

Author of the photo: Timur Agirov

Former workers of the state farm in Ekazhevo have asked the authorities to allocate the...