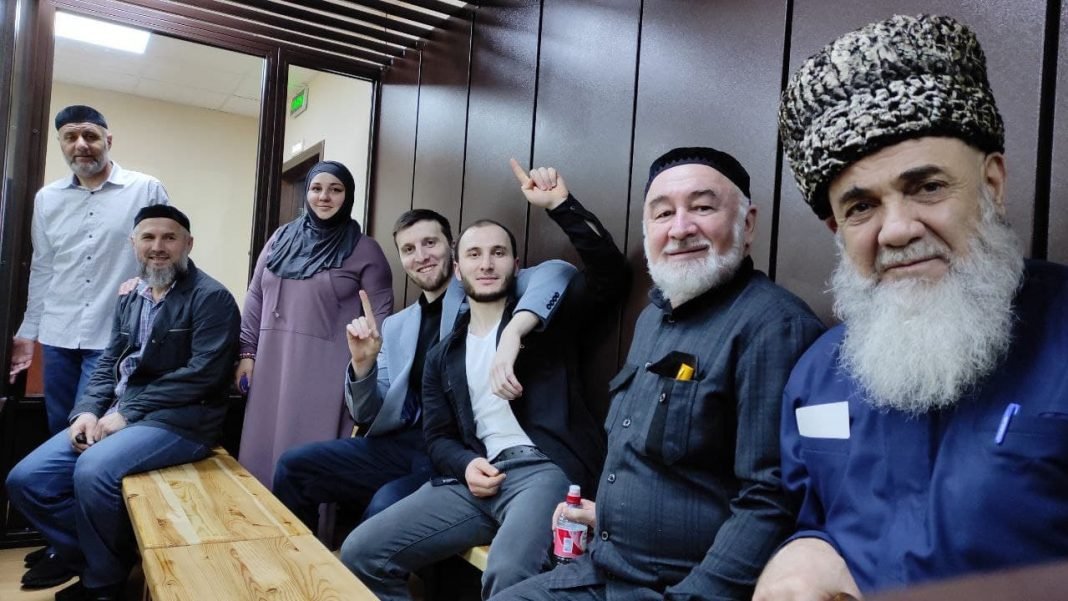 At the session of the Kislovodsk city court on July 20 and 21 on the rally case testimony of the former deputy head of the Ingushetian Interior Ministry was heard, who confirmed the arguments of the defense. Nevertheless, the court extended the preventive measure for the defendants until 9 November, the lawyers intend to appeal against the decision.

According to another lawyer, Magomed Abubakarov, the court formally treated the issue of the preventive measure, extending the arrest until November 9, citing “unchanged grounds.

“The extension of the preventive measure does not correspond to the factual circumstances of the case, and the position of the court absolutely depends on the position of the prosecution. No arguments, no evidence for the existence of the same grounds for a preventive measure are given by the prosecution. Of course, the defense will file an appeal on this issue. We have filed complaints to the European Court for all of our defendants, and we will appeal against the decisions all the way up to the Court of Cassation. But it is possible that the authorities will not change the preventive measure until the case is considered on the merits”, – suggested Abubakarov.

The defense lawyer also reported that at the July 21 meeting, a witness for the prosecution, former deputy head of the Ministry of Internal Affairs of Ingushetia Mikhail Polishchuk, was questioned, who said that the defendants violated the rule of the rally and their presence in the center of Magas on March 27, 2019 was an uncoordinated rally. At the same time Polishchuk confirmed the defense version that the accused did not incite people to clash with the Russian guards, but on the contrary, called to stop the violence, said Abubakarov.

According to him, Polischuk’s testimony was the last evidence presented to the court by the prosecution. “But in essence, the prosecution has never presented a single proof of guilt of our defendants,” Abubakarov noted.

Following the testimony of a prosecution witness, the court questioned 15 defence witnesses who had previously been convicted as participants in the March 27, 2019 clash with the Rosgvardians under Article 1. 318 of the Criminal Code (use of violence not dangerous to life or health against a representative of the authorities). They unanimously told the court that the defendants in the case, in particular Akhmed Barakhoyev, Malsag Uzhakhov and others, did not urge them to attack the Rosgvardians, but instead urged them to stop the scuffle, lawyer Bekov said.

After the presentation of evidence by the prosecution, the court was left to consider only the evidence of the defense, Abubakarov informed in turn.

Rallies against the Ingushetia-Chechnya border agreement have been held in Magas since autumn 2018. In March 2019, they turned into clashes with security forces and detentions of activists. A total of 46 people were arrested, most of them receiving real sentences on charges of violence against authorities. Eight protest leaders are currently in the dock, including former Ingush Interior Minister Akhmed Pogorov, who is being tried separately. Video footage presented to the court on 14 July confirmed that the rallies in Magas were conducted within the legal framework.