Новости Ингушетии Фортанга орг
Home News “We have the power to take it all back”: Kadyrov threatened to... 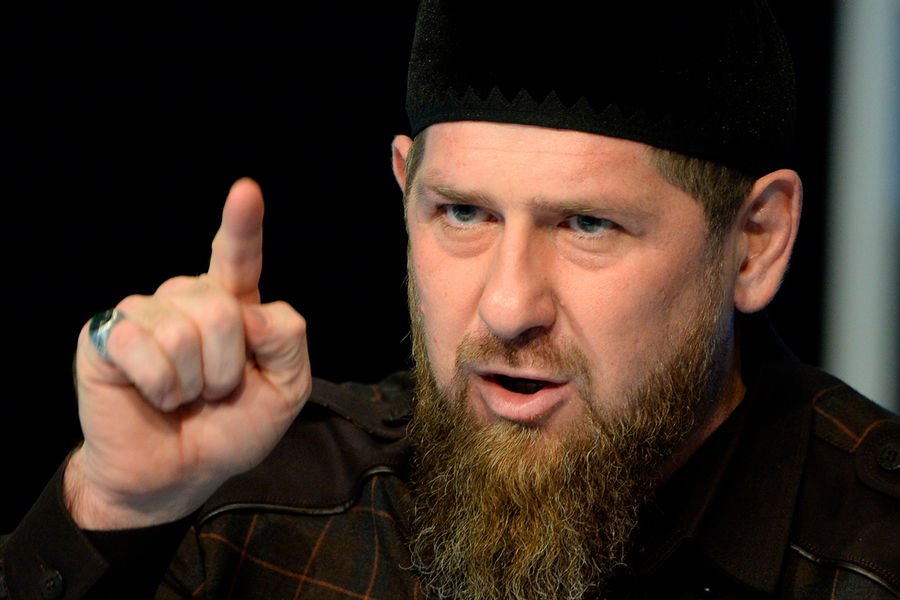 At an off-site meeting in the Galanchozhsky district the head of Chechnya, Ramzan Kadyrov, said he would take back the Chechen lands “illegally” given by Dzhokhar Dudayev [Ex-President of the Chechen Republic of Ichkeria] from neighbouring Ingushetia if the Ingush will not calm down. According to him, the agreement on setting the border between Ingushetia and Chechnya in 2018. – a fraternal favour.

“After the decision […] I can’t call them people, I call them a ‘bunch’… When I was in Ingushetia I told them not to spoil the alliance between the two peoples, not to weave intrigues. We thought we were doing you a good service and we were. We left them the territories handed over by Dudayev […] as they have a small region and we are brothers. If we took away all the territory [handed over by Dudayev] they would not have a republic left there. Even if it’s to our disadvantage, we decided that we would do a good thing for them. […] I want them to know. If it seemed to me that the land of my fathers had been taken away from me, I would die,” Kadyrov declared.

The head of Chechnya asked “intriguers” and “provocateurs” to leave this “unfounded” talk and show him documents proving that the territory seized in 2018, indeed, historically belonged to the Ingush.

“If there are no documents, leave the talk. […] take back the homeland that was stolen from you. Once and for all, no matter what you say, the determination of borders has taken place. I appeal to the respected patriots of Ingushetia who love their people and republic, do not let them say petty, petty words,” he said.

Kadyrov added that the Ingush are descended from the Chechen people and are only one branch of the Chechens, like the Orstkhoi. He threatened to make a banner out of the trousers of “chatterboxes” that talk about alienated territory and make him flee.

“If you don’t calm down, I will take away everything Dudayev has illegally handed over. Aushev knows this. If I take it all back, it won’t be good. We have the power to take it all back, in spite of that we haven’t taken a single step, we haven’t said a single word. This is our republic, we will build it, embellish it. If the Ingush want to live here, we will give them any land to rent, we will let them build any tourist base, restaurant, hotel and we will register them. This is the Russian Federation, any citizen has the right to live here”, Kadyrov stressed.

The Chechen leader stressed that the people who spoke about the territory that has been seized are now in prison, including the girl. Apparently, this is about the eight Ingush protesters who have been under arrest for almost three years on charges of establishing and participating in an extremist group. A dog barks and a caravan comes,” the Chechen leader added.

Kadyrov added that the speaker of Chechnya’s parliament, Magomed Daudov, had justified to Ingush activists the territories’ historical belonging to Chechnya and Kadyrov called those who don’t want to know this truth “non-believers”.

“If you don’t stop them, we’ll have to stop them ourselves. Then the problems between us will start again. We have to live in peace and harmony. Even in Islam you have to treat your neighbor well. We will too. We used to be one nation, but now it is a separate nation with its own republic. Most of all, among all the subjects of the Russian Federation, we have to maintain a kinship with them. […] The other “people,” I have a request to the leadership, the leaders of the teips, to stop. If they don’t, we will stop them ourselves!”, Kadyrov concluded.

Kadyrov’s speech came three days after Ingush residents held a spontaneous assembly in the village of Galashki, demanding an end to the situation. This is how they reacted to the Fortanga riverbed being changed by Chechen road builders, without consulting the local authorities.

“Fortanga earlier reported on a letter from the Ingush Ministry of Natural Resources to the Speaker of the Ingush Parliament announcing that 12,800 hectares of the Erzy nature reserve were being prepared for handover to the Daimokhk national park being set up in Chechnya.
Magomed Yevloyev, who was a member of the working group, spoke in favour of preserving the integrity of the lands of the Erzy Reserve.

In the fall of 2018, Kadyrov had previously spoken out against Ingush activists and described the leaders of the Ingush protest as “a bunch who call themselves leaders.”

“If you’re real men, if you’re the people, if this territory is yours (meaning the territory that has been ceded to Chechnya after the agreement to change the border), make a rally there. If you leave alive – I’m what you call me,” Ramzan Kadyrov said.

Another incident occurred during an Instagram broadcast in 2020, when Kadyrov responded to critics of the decision to delimit the Chechen-Ingush administrative border in 2018. He stated that the Ingush and Chechens are one people.

“Those ten people who write on the internet that we are not brothers with the Chechens – fuck you. Our brotherly relations don’t depend on you,” Kadyrov said at the time.

The Chechen leader later apologized for using foul language against some Ingush who criticized the border agreement between the two entities. In an interview with Chechnya Segodnya, Kadyrov stressed that he had been careless and apologized “for those two words.

In the fall of 2018, the heads of Ingushetia and Chechnya, Yunus-Bek Evkurov and Ramzan Kadyrov, concluded an agreement to establish borders between Ingushetia and Chechnya, under which about 10 percent of the territory was transferred to Chechnya. The agreement sparked mass protests, resulting in clashes with security forces and detentions of activists. In total, more than 50 people were arrested, most of them receiving real sentences on charges of violence against authorities. Eight protest leaders are currently in the dock, including former Ingush Interior Minister Akhmed Pogorov, who is being tried separately. They are charged with organizing the use of violence against representatives of the authorities and organizing and participating in an extremist community. The prosecution has requested more than 58 years in prison for them. For citizens with no previous convictions, this is the maximum possible punishment.