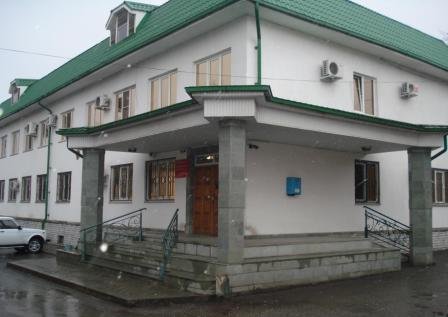 The Nalchik city court sentenced resident of Ingushetia Ramazan Dugiev to pre-trial detention until March 24. He is charged under Part 2 of Art. 318 of the Criminal Code (use of violence dangerous to life or health against a representative of the authorities). We are talking about his participation in a rally in Magas on March 27, 2019.

Lawyer Visit Tsoroev told “Fortanga” that he had provided the court with positive characteristics of Ramazan Dugiev from the district police officer, from the administration of the place of residence and from his place of work. Disability certificates of the parents of the figure (they are both deaf-and-dumb), certificates of commendation, a diploma of additional education were also made public. The lawyer told the court and the prosecutor that his client had no previous convictions and in the three years since the rally had not attempted to abscond or otherwise obstruct the investigation. But the gravity of the charge outweighed all the arguments of the defense.

“We also handed over an appeal from the regional center of the Deaf-Blind Society, in which they asked not to isolate Ramazan, as it would be a great loss for their center. He works as a sign language interpreter. Of course, we will appeal against the sentence,” concluded Visit Tsoroev.

Ramazan Dugiev, a resident of the village of Kantyshevo, Nazranovsky district, was detained on February 14 in Nalchik, where he arrived for questioning by an investigator after a search was conducted in his home.

Ramazan Dugiev took part in a rally against the Ingushetia-Chechnya border agreement. The protest turned into clashes with security forces and detentions of activists. Most of those arrested in the aftermath of those events received real sentences on charges of violence against public officials. The protest leaders – Akhmed Barakhoyev, Musa Malsagov, Ismail Nalgiev, Zarifa Sautieva, Malsag Uzhakhov, Bagaudin Khautiev and Barakh Chemurziev – received from 7.5 to 9 years in prison.