Новости Ингушетии Фортанга орг
Home Opinion A grey cardinal of Ingush politics: what is the connection between FSB... 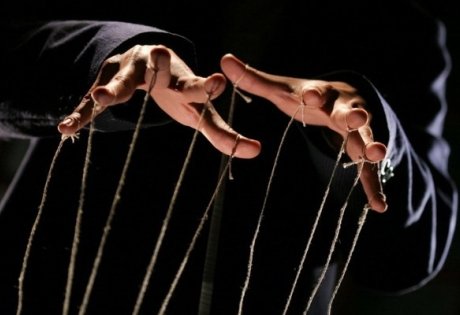 Last week Dmitry Trofimov, a colonel-general of the FSB and deputy head of the department for the protection of the constitutional order of the FSB of Russia, was dismissed. The man behind numerous grey schemes in Ingushetia. An informed source told Fortanga about Trofimov’s role in political life in Ingushetia, his influence on the prosecution of protest activists and his ties to the Kalimatov clan.

After the 2019 protests in Ingushetia, President Putin’s administration approved a plan to stabilize the socio-political situation in the region, the main points of this plan were:

Dmitry Trofimov, deputy head of the department for the protection of the constitutional order of the FSB of Russia, was appointed as the curator of the Ingush case.
Trofimov quite often held visiting meetings in Ingushetia. It was he who gave instructions what decisions should be taken by the courts on the protesters, what investigators, the Interior Ministry, the FSB, etc. should do.

But, as we know, activities of none of the higher organizations have been paralyzed: the Teipov Council and the Muftiyat have been legally liquidated, but their activities have not been stopped, and in the case of the Muftiyat, there was a surprise in the form of the return of Mufti Khamhoev to his post. As for the Constitutional Court, the attempt to liquidate it also failed – the bill was returned to Kalimatov by the deputies of the National Assembly.

It is interesting that Trofimov himself was not particularly interested in stabilizing the socio-political situation in Ingushetia. His main interest was grey corruption schemes that he used to carry out together with the Kalimatov clan.

Musa Kalimatov, nephew of the head of Ingushetia, Makhmud-Ali Kalimatov and son of his brother Magomed-Bashir, works for Trofimov. Magomed-Bashir is not the last man in the Caucasus either. He is an advisor in the North Caucasus macro-region of Russian Post, and was previously director of the Russian Federal Postal Service Administration for the Republic of Ingushetia. Popularly known by the nickname “postman”.

Musa, son of Magomed-Bashir, is now on secondment from the Directorate for the Protection of Constitutional System of the FSB and is near the head of Ingushetia, Mahmud-Ali Kalimatov. In fact Musa, together with his father and a small circle of other people is engaged in personnel matters and appointments in the republic, naturally not for services to the fatherland. For example, former Minister of Health and member of the Ingush National Assembly Zarema Lyanova is Musa Kalimatov’s mother-in-law.

Musa “roofed” a postal worker in grey money laundering schemes: pensions, benefits, social payments are written off through dead souls in the pension fund and cashed out through the Russian Post. This scheme involves not only the pension fund, but also the Ministry of Labor, social and health insurance funds, and the VTEK.

“Postman distributed the amounts to Trofimov and all the other shareholders. This scheme has been in place since the time of Yevkurov, and is still in place. Evkurov was at one time one of the main beneficiaries. Therefore, Trofimov was interested in keeping the scheme running.

Naturally, Trofimov had no interest to establish a normal process in Ingushetia, because it would have meant that he would have to cut down the money branch on which he was sitting, so our general tried to sit on two chairs, balancing between personal gain and work. But in the end, the plan to “stabilize the socio-political situation in Ingushetia” failed.

And the most interesting thing is that it was this team that brought Kalimatov to the head of Ingushetia. Trofimov suggested Kalimatov’s candidacy to the Russian presidential administration at the suggestion of the “postal worker”. It is not difficult to guess why Kalimatov keeps silent and listens to all their instructions.