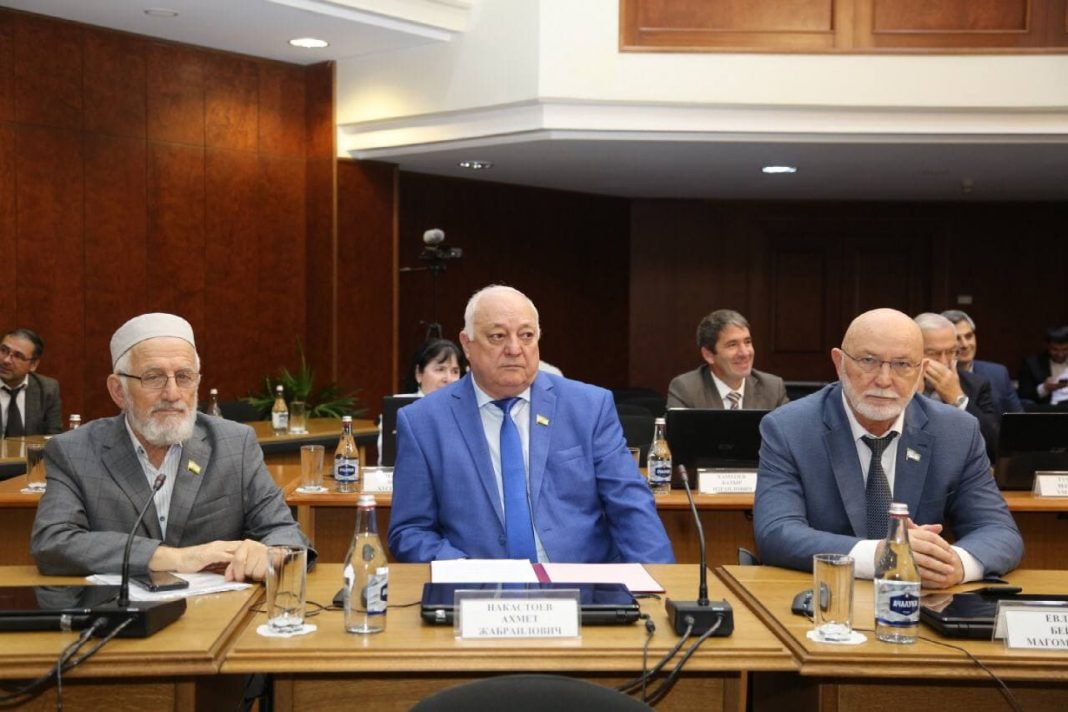 At the final session of the People’s Assembly of the 6th convocation, Dzhambulat Ozdoyev, head of the administration of the head and government of Ingushetia, awarded the deputies with diplomas of the head of the republic. MPs Zakriy Mamilov, Beyal Yevloyev and Akhmed Nakasthoyev refused to accept awards in protest against the 2018 border agreement between Ingushetia and Chechnya and the persecution of Ingush activists.

The deputies argued that the arrest of the Ingush leaders was “the pain of every Ingush.

Beyal Yevloyev explained to Fortanga that he considers it his duty to support fellow countrymen who are in custody.

Parliament has not been able to solve a single problem of nationwide character since 2018, said Zakrii Mamilov. “We have failed to get the law passed on October 4, 2018 ‘Boundary Setting’ repealed. We were not able to get the “mixed voting” law passed in the selection of the People’s Assembly. We have not been able to change the referendum law,” he told Fortanga. The deputy also noted that one of the most important issues for the entire Ingush people – the lawon territorial rehabilitation– had not been addressed. Zakrii Mamilov explained that he had previously introduced a relevant draft law, but it was not accepted for consideration in parliament.

Moreover, at the same meeting deputy Akhmed Nakastoyev harshly criticized the authorities for not allowing his colleagues to take part in the elections for formal reasons.

“What would have happened if two people from that number had joined the new deputy corps? Why was Beyal Yevloyev removed from the lists? Ozdoyev? I’m not talking about myself, I wasn’t going to go there anyway. There was no desire to do so,” he said.

Akhmed Nakastoyev called cowardly the behavior of officials who did not allow them to participate in the election campaign.

Fortanga earlier reported that Beial Yevloyev, a deputy of the People’s Assembly of Ingushetia, was not included on the candidate list for the elections to the seventh People’s Assembly due to a technicality – the secretary of the regional branch of the United Russia party was missing a photocopy in the nomination papers. In order to run for office, one must have the tacit approval of the region’s head, the MP found out .

Recall that Beyal Yevloyev, Akhmed Nakastoyev, Zakriy Mamilov and several other deputies defended the people’s interests when in 2018 the head of Ingushetia Yunus-Bek Yevkurov signed an agreement to establish borders bypassing the referendum. Parliamentarians alleged voter fraud, and the agreement sparked mass protests that turned into criminal prosecution of the activists.