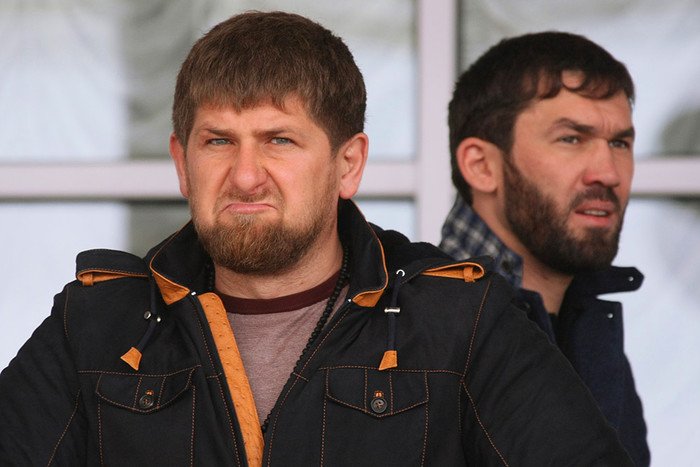 The speaker of the Chechen Parliament, Magomed Daudov, released a video in which he criticized the Teip Council of Ingushetia and called it an “office” that provokes people. In his opinion, delegated elders are not worthy to speak about will and desires of the Ingush and that “intrigues” are sowing enmity and destroying union of the two brotherly republics.

“Following the speeches of our head at the retreat in Galanchozhsky district, the Teyp Council made populist statements, calling us to the Sharia court. […] I appeal to these people to understand. We had a place and time designated by me, after you yourself called us to a Sharia court. Though I will remind you that three years ago on the instructions of the head of Chechnya I went round your courtyards trying to summon you to the Sharia court. You talk as you please,” said Daudov.

According to him, the head of Chechnya made it clear that according to Russian law the territorial issue was resolved. However, according to the religion of Islam, a Muslim cannot evade an invitation to a Sharia court.

“Based on that, as I said three years ago, I was in the yard of your Mufti and others. I was told he was not at home, that he was on zikr and he would not be home until dawn,” he recalled.

Magomed Daudov stressed that his every move and action had been coordinated with Ramzan Kadyrov. The speaker of the Chechen Parliament said that the Teyp Council evades the Sharia court on various pretexts.

“You say that the Chechen people should have a delegated leader, that the head of Chechnya should himself announce the acceptance of the invitation, that there should be mediators of other nations, that you should prepare for this event. How can you delegate 30 people without preparation, write so many pages of a report, is that your preparation? Being so unprepared, are you summoning the Chechen people to Shariah?” asks Daudov.

The Speaker of the Chechen Parliament reminded us that Ramzan Kadyrov entrusted him with his duties before the people and the Almighty by appointing him chairman of the commission for determining boundaries between the entities.

“I know everything from A to Z. The Chechen people have reasons to swear that not only the Merzhi and Tsecha-Akhka, but the entire territory of 150 kilometres is ours. If you ask us to swear, we’ll swear. Three days ago I marked the place, and tomorrow [Sunday] during midday and until after midday namaz, even if the ground breaks and burns with blue flames, I will wait for you at the marked place,” he said.

Daudov noted that the Chechen side accepts the invitation to the Sharia court. According to him, the people have every answer and every reason to claim that the territory belongs to Chechnya.

“I’ll say it again, you’re being shameless about our neighborhoods. Do you know what we’ll tell you then? Establish the borders according to 1934, and return the territories belonging to the Chechens, which Dudayev left to Aushev. Give back our lands, and when it suits you, we’ll hold a referendum. Like this! Your excuses are no longer accepted. You have summoned us to the Sharia court, and we have accepted this invitation. I’ve marked the spot, I won’t put it off. I’ll be there tomorrow. You can come if you want, you can’t. If you come, I’ll take an oath, and you’ll take an oath. If you don’t come, tomorrow morning you’ll say that this and that happened to us, ‘wagging your tail’ like that, the Chechen side doesn’t accept it,” Daudov said.

On Sunday, he said, the land issue resolved under Russian law will be finally closed in Shariah terms as well. No “excuses” will be accepted, he added, stressing that after the allocated time, whoever raises the issue will be sent to “one place”.

“Because we are right, both from the point of view of Russian law and Sharia law. Once again, the head of Chechnya has authorized me to represent the interests of the Chechen people. I will have friends, alims and theologians with me. I’ll bring anyone you like. If you want to correct something according to Russian law, you have the same legislative bodies for that as we do. If you want according to Shariah, no problem, at any time we’ll sort it out”, – he concluded.

Member of the Council of the Teips of Ingushetia Batyr Bagatyrev said at a session of the council that the Chechen leadership, when calling for bilateral talks, is trying to intimidate the Ingush people by devaluing the report on borders between the two republics. The elders urged to stay within the limits of what is allowed, to be more tolerant.
And Askhab Goygov, chairman of the national commission, speaking at an extraordinary meeting of the Teypov council, said that the party accepts the invitation to the Sharia court if several conditions are met. According to him, the Ingush people are waiting for an answer from the head of Chechnya to the claim to Sharia law that was announced 30 years ago.

Earlier, Fortanga reported that the Speaker of the Chechen Parliament Magomed Daudov recorded a 24-minute video message to the Council of the Teips of the Ingush people. The speaker of the legislature harshly reprimanded the Ingush elders and called the public organization an “office” engaged in provocations. “Lorde” was outraged by a speech by the council’s acting chairman Murad Doskiyev, who said that Kadyrov’s behaviour was not befitting of a Muslim and a man. “Fortanga published a report with the main provisions on the boundaries and territory of Ingushetia, prepared by the Nationwide Commission on Boundaries and Territory of the Republic, formed by the World Congress of the Ingush People on October 30, 2018.

The YouTube channel “Mekh-Khel” was hacked. All videos have been deleted