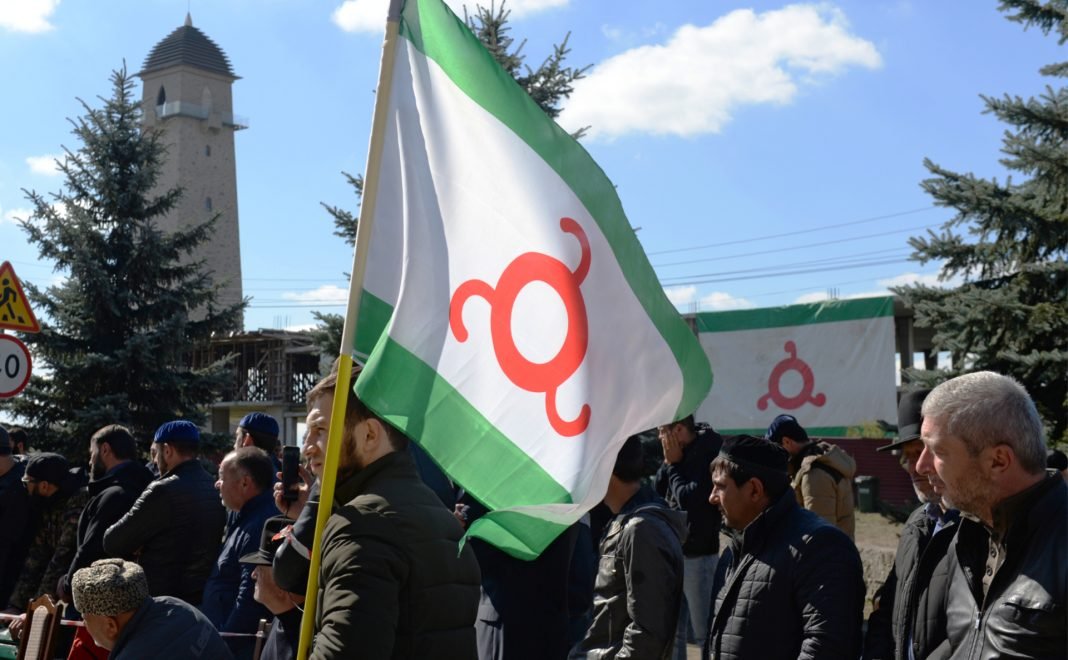 Representatives of the Ingush Teips reacted to the head of Chechnya’s call for the Ingush side to make official claims against him.

The elders have repeatedly expressed the Ingush people’s position on the territorial dispute with the Chechen side and their vision of a just resolution. Nevertheless, in recent days there has been widespread discussion on the Internet of the Chechen leadership’s appeal to the Ingush people to voice our grievances against the Chechen authorities once again, the Teip Council said.

The elders are convinced that this is yet another attempt to mislead the general public using the power of information technology.

“The Ingush people have no animosity toward Chechens. We are fraternal peoples who have lived in the neighborhood for many centuries, who share the same faith, language, and traditions. Throughout history, the Ingush have provided fraternal support and assistance to the Chechen people. And today there are tens of thousands of Chechens living and working in our republic, and we have no conflicts or quarrels with them.
All the claims of the Ingush people to the authorities of the two republics, which in 2018 signed an agreement on the border between us,” they said.

The Teip Council stressed that the agreement to approve the borders between Ingushetia and Chechnya was signed secretly from the people, in blatant violation of the constitution and laws of Ingushetia, as well as centuries-old Vainakh customs and traditions.

“Yunus-Bek Yevkurov [the former head of Ingushetia and his henchmen, who participated in this lawlessness, have been dismissed, excommunicated from the Ingush people and are unruly in Ingush society. Moreover, the Teypov Council summoned all those involved on the part of Ingushetia in establishing the border to a Sharia court, which concluded that the actions of those who signed the 2018 Border Agreement on our part were in flagrant violation of the basic principles and norms of Islam and Sharia and infringed on the rights and interests of the Ingush people,” the Council said in a statement.

Despite the fact that all sorts of legal and moral norms are being flagrantly violated with regard to the Ingush people, the Ingush people are unwavering in their determination to resolve this situation within the framework of existing law, Sharia law, and the traditions of our peoples, they added.

“That is why the World Congress of the Ingush people on October 30, 2018, established a nationwide commission to consider issues related to the definition of the territory and borders of Ingushetia. On July 7, 2021 the mentioned commission presented its report in which on the basis of historical, ethnographic, cartographic, archival materials, norms of Russian legislation and Shariah it is convincingly proved that the lands,
transferred to the Chechen Republic in 2018 are native Ingush, and the border established by this agreement is unjust and illegal,” the elders said.

The commission’s report was sent to the Chechen side on August 4, 2021, with a proposal to create a bilateral public commission to resolve the issue of the border between the two regions. On August 30, a commission of 30 members representing the Ingush people was approved, composed of well-known public and religious figures, historians, lawyers and other experts. However, the Ingush people have yet to receive any real response or intelligible answer to their proposal.

“Once again we hear from the Chechen authorities that they do not understand what the claims of the Ingush people are about, and we also see their attempt to take the dispute to the level of insults, threats, and blackmail. We consider these attempts dangerous and counterproductive, and we reiterate that any attempt to talk to us from the position of force looks foolish and is doomed to failure. We are fully aware of our responsibility for the future of our people, and we hope that the Chechen authorities take the same approach to this question. Under no circumstances should we allow our relations to deteriorate further,” they said.
The Ingush Council of the Teips reaffirms its commitment to resolve the territorial conflict between the republics on the principles of good-neighborliness and respect for one another by carrying out conciliation procedures within the framework of the existing legislation. The Council is ready to work in this direction for as long as it takes.

The elders suggest that the Chechen authorities abandon their policy of threats and insults, transfer dialogue with the Ingush people from the Internet to a business and working format, and await proposals for the report and materials sent to them, as well as for the composition of the Chechen Republic Commission to discuss and fairly resolve the issue of the border between the two regions.

“We consider this to be the only acceptable way to resolve the territorial dispute and strengthen brotherly relations between us,” they concluded.
Fortanga earlier reported that the head of Chechnya recorded a video address to the Ingush people. Ramzan Kadyrov said that he was waiting for official complaints to be made to him by the public in Ingushetia. The leader of Chechnya gave exactly three days for the official accusations to be brought against the Ingush side.

Sarazhdin Sultygov, co-chairman of the public organization Mekh-Khel, also responded to Ramzan Kadyrov’s demand for substantiated claims from the Ingush people. He made three main claims against the head of Chechnya. The first deals with the territorial issue, the second with unflattering comments made by high-ranking officials towards the Ingush people, and the third with abusive acts against refugees from Ingushetia who were registered as living in Grozny during the military campaign.